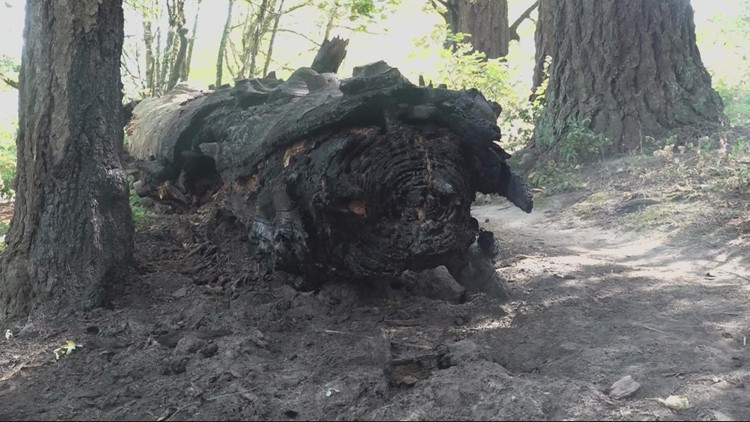 The Multnomah County District Attorney’s office said the case remains a pending investigation and would not comment further on why charges were dropped.

PORTLAND, Ore. — Prosecutors have dropped all charges against three Portland teenagers arrested in connection with a string of fires on Mount Tabor over the summer.

Perkins, Hares and Chen could not be reached for comment.

Police arrested the three teenagers in September following a string of fires on Mount Tabor during the peak of Portland’s fire season. The city park, built atop an extinct volcano, is filled with trails, plants and trees. It’s surrounded by homes.

Investigators linked Hares and Perkins to at least 36 fires set on Mt. Tabor between July 15 and September 9, according to a probable cause affidavit. The affidavit suggested police caught a break in the case after Hares’ car was caught on video in the area.

In an interview with a Portland Fire & Rescue investigator, Hares admitted he didn’t know why they were starting these fires and they were just being stupid, according to the affidavit. Perkins also confessed to setting some of the fires, the court records said.

“A tremendous amount of time and resources were dedicated to this endeavor with a shared commitment and urgency to identify and arrest these suspects,” Boone wrote in a September 11 statement.