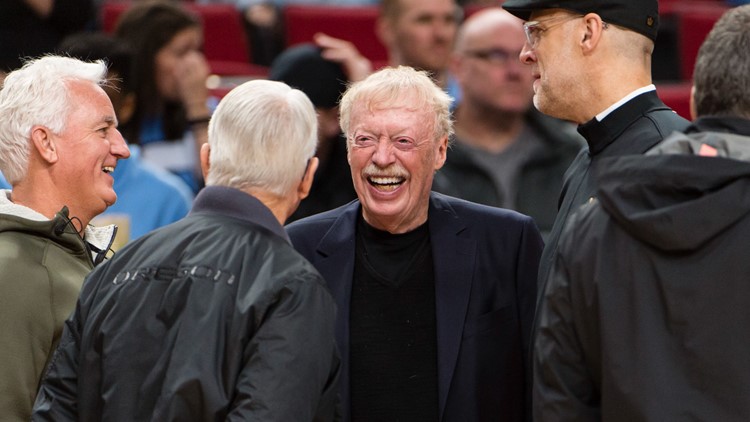 Huge political spending by Knight and other wealthy individuals and businesses, including a number of timber businesses and executives, has helped Johnson outraise Democrat Tina Kotek and Republican Christine Drazan.

But a poll in late September commissioned by The Oregonian/OregonLive showed Drazan and Kotek neck-and-neck with 32% and 31% support respectively, while Johnson registered only 18% support. The poll, conducted by DHM Research, had a margin of error of plus or minus 4 percentage points and 15% of voters remained undecided.

Knight made his latest donation on Sept. 1, well before The Oregonian/OregonLive commissioned its poll. Johnson’s campaign reported the contribution just before midnight Monday, the latest possible time allowed under Oregon law.

His donation brings Johnson’s total fundraising since January 2021 to $14 million, according to state records. Kotek has reported raising $11.9 million in that time frame and Drazan has reported raising $11.1 million. However, the Democrat and Republican candidates can usually get support as needed from national political organizations and other institutional supporters.

Johnson spent two decades in the Oregon Legislature as a Democrat. She often voted with other Democrats and strongly supports abortion rights but she sided with Republicans in opposition to gun and environmental regulations.