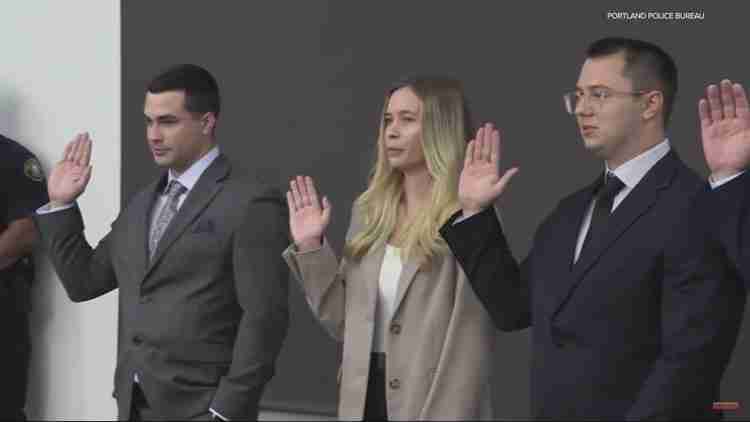 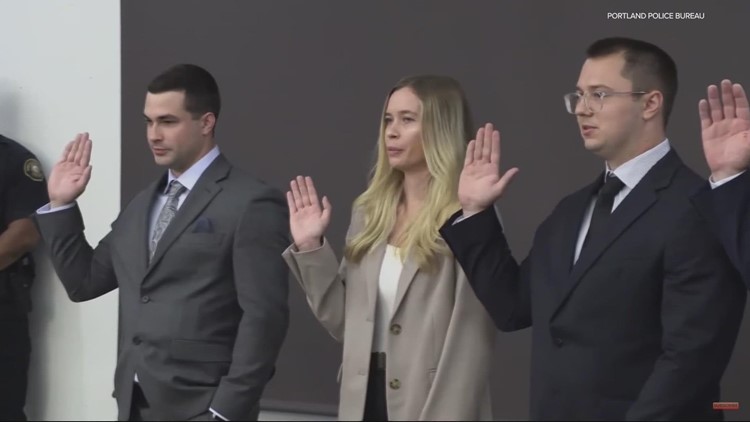 As of late November the Portland police had 793 sworn members. There are now 89 new members hired and awaiting the training process.

PORTLAND, Ore. — The records division at the Portland Police Bureau is where California transplant Amy Neidiffer took a job in February 2022. She was beyond excited to be putting her criminal justice degree to good use — but almost immediately, Neidiffer got an itch.

“Reading the reports and seeing how much our officers do to help our community and connect them to resources and be there for them, it changed my perspective on officers and that really pushed me to be like, ‘I want to go out there and help, too,'” Neidiffer said.

In April, the 25-year-old applied to be an officer. She was hired and sworn-in in August. In December, she will begin months of training. Then she will hit the same Portland streets that she knows have seen a rise in certain types of crime.

“I think for me, being here when it’s tough — when we’re having a tough time and trying to help them and help the community get out of that, be a part of that healing process — is so fulfilling,” Neidiffer said.

Echoing that sentiment is Trey Jackson, who joined the police bureau at the young age of 21. Jackson said he applied last December and was hired and sworn-in in July. Jackson said he might not have chosen this career if not for the school resource officer at his elementary school.

“He used to show me his car, gave me stickers every day,” Jackson said. “He’s a really good guy and when I turned 15 he told me to think about the cadet program because he knew I always wanted to be a police officer.”

Jackson and Neidiffer are two of the 89 new officers currently somewhere in the training process to join a bureau in the midst of a staffing crisis.

Tyler, who spent a year and a half in the Bureau’s personnel division, said hiring officers is no easy task. In fact, in 2021, 675 people applied to be a police officer in Portland. Only 27 people were hired. Sgt. Tyler said a lack of background checkers is one explanation, but he adds that some applicants may be disqualified because of recent marijuana use or a poor driving record.

“You can’t be a driver if you’ve had three moving violations in three years per our city insurance policy,” Tyler said. “We don’t want high-risk drivers because it’s a big part of our job.”

Still, Tyler said that the Bureau is working its way out of the staffing crisis. For proof, all you have to do is look at the recent hires.

“Nowadays the city isn’t as clean or safe as it used to be and I think it’ll take a group of professional, tough-minded individuals to take it back and make it a better place,” Jackson said.

“I understand some people have left because it’s a tough time, and there’s no secret to that, but the people who are here, they love their jobs,” Neidiffer added. “That’s the most amazing and incredible thing about this bureau.”

sgt. trevor tyler – who spent a year-and-a-half in the bureau’s personnel division – says hiring officers is no easy task ..

sgt. tyler says a lack of background checkers is one explaination ..

another, hey says, are the disqualifiers like recent marijuana use or a poor driving record ..

5:57 you can’t be a driver if you’ve had three moving violations in three years per our city insurance policy (6) we don’t want high risk drivers (8) because it’s

all of that said .. sgt. tyler says the bureau is working its way *out of the staffing crisis ..

and for proof look no further than the recent hires ..

0:33 i’ve always had a drive to give back to my community because i’ve always loved portland and hopefully one day we can get it back to where it used to be. 9

that’s the most important thing to me. 12