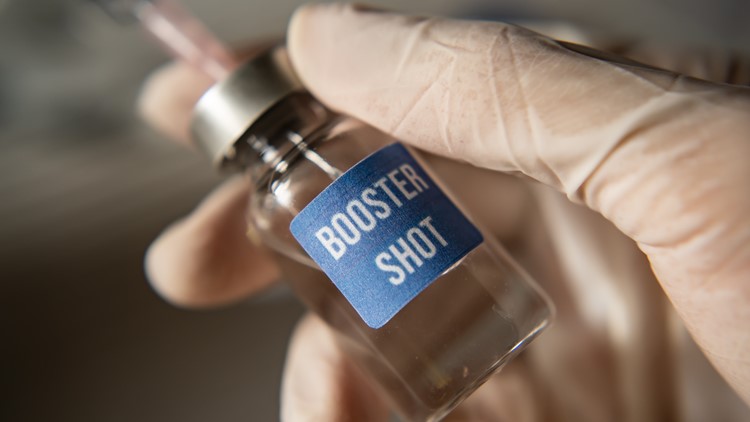 PORTLAND, Ore. — Children as young as five-years-old in Oregon are eligible for the newest COVID-19 booster shot. The Oregon Health Authority made the announcement about the bivalent booster on Thursday during a press briefing.

Pfizer’s booster for ages 5-11 is a smaller dose than the one given to people 12 years and older. Moderna’s bivalent booster, for ages 6-17, is the same dose formulation as the product authorized for people 18 years and older.

As of Wednesday, more than 259,000 bivalent booster doses have been administered statewide. Meaning, 6.1% of all people in Oregon have received the new bivalent booster compared to 3.5% nationwide.

Since Sept. 7, daily reported case counts have fallen in Oregon from a rolling seven-day average of 580 cases as of Sept. 7 to 482 cases as of Oct. 12. By comparison, CDC shows a national seven-day moving average that is also trending slightly downward. Test positivity is also down in Oregon, from the 7.2% reported Sept. 7, to 6.8% reported Oct. 12.

During the media meeting, Dr. Sidelinger also highlighted progress to control the spread of monkeypox (hMPXV) in Oregon.

“As we look to a brighter future in our COVID-19 response — with people in Oregon continuing to get the bivalent boosters and the availability of boosters for children 11 and younger — we are feeling similarly optimistic about monkeypox,” he said.

Sidelinger reported that as of Wednesday, there were 230 presumptive and confirmed cases of monkeypox in Oregon, with cases in nine counties: 11 in Clackamas, two in Columbia, one in Coos, one in Hood River, 22 in Lane, eight in Marion, 157 in Multnomah, one in Union and 27 in Washington.