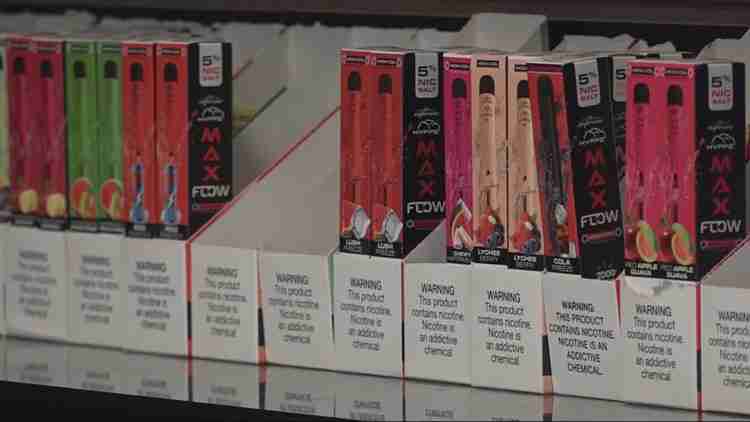 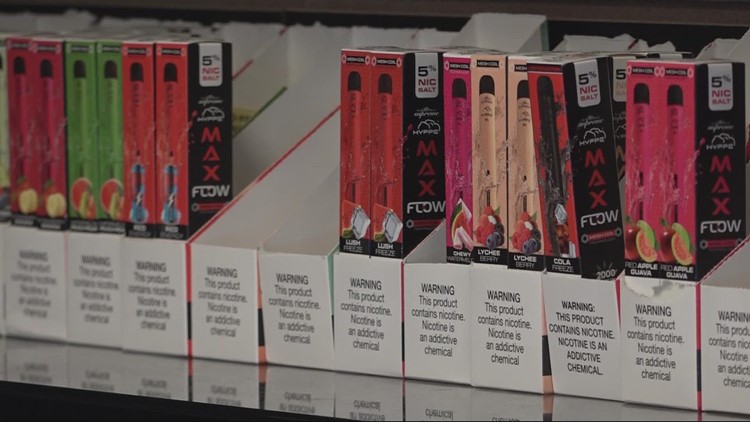 County commissioners took public input Monday night on their proposal to ban flavored tobacco products, which could come up for a vote on Thursday.

PORTLAND, Ore. — It was a packed house Monday night at the Multnomah Building. County commissioners heard testimony from over 80 people as people made their voices heard at a public hearing on the county’s proposed ban on the sale of flavored tobacco and nicotine products, including e-cigarettes and vapes.

“Well we know these are deadly products, and we know they are marketed in a way by the tobacco industry to hook kids on a lifetime of addiction,” said Ruth Adkins.

Adkins and others from the “Flavors Hook Oregon Kids Coalition” came to speak in support of the ban. They say that for too long the tobacco industry has targeted youth, especially kids of color.

“The fastest growing population of children in the state of Oregon and the city of Portland are kids of color,” said Marcus Mundy with The Coalition of Communities of Color. “I would tell Multnomah County if they care about the kids in Multnomah County, they would vote to ban the sale of menthol and tobacco products.”

But opponents of the ban disagree. Brian Graham owns a tobacco shop in SE Portland. He argues that the ban will create a black market for these products and just hurt small businesses.

“I have been selling tobacco in Multnomah County for 18 years, this is my passion and my livelihood,” said Graham “I have three families that work for me, they’ve all worked for me over a decade they would probably lose their livelihoods and I’d have to close up shop.”

Multnomah County isn’t the only one making this move. Last year, Washington County voted to ban the sale of flavored tobacco. In September, a circuit judge overturned the ban, but the county is appealing.

“We’re confident that the judge’s ruling will be overturned and Multnomah County is on firm legal ground to proceed with its own policy,” said Adkins.

At the same time, opponents vow to take on the policy — in court, if need be.

The Multnomah County Board of Commissioners could vote on the proposal when they take it up again this Thursday morning. People can still submit written comments online.