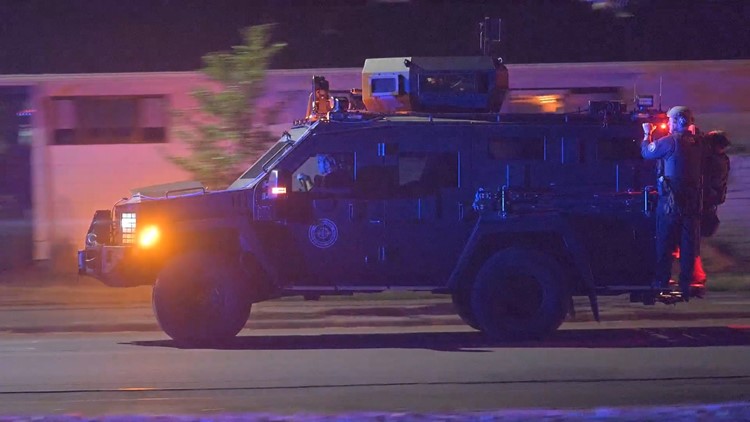 Portland Police shut down a neighborhood in Northeast Portland early Sunday morning to search for the juvenile suspects.

Officers responded at about 1:45 a.m. on Sunday to a reported robbery at Northeast 52nd Avenue and Alberta Street. They found that multiple pedestrians had been robbed at gun point, according to the Portland Police Bureau, but no one was hurt.

Police located a vehicle linked to the crimes and attempted to stop it. After a chase, several occupants jumped from the vehicle and ran. Officers closed down an eight-block area between Northeast Siskiyou and Fremont Streets, from Northeast 76th to Northeast 80th, to try to find them.

OTHER STORIES: Suspect linked to string of crimes overnight Thursday shot by police

Because police believe the youths were armed, people living in an eight-block area were asked to stay inside, with windows and doors locked while police searched for them.

Police dogs and tactical units were brought in to help find the youths. Officers found some of the suspects hiding within the eight-block perimeter they set up and they opened the area back up just before 6 a.m.

The number of suspects arrested was not immediately disclosed, but all of them are believed to be juveniles. Police have not released any information about their names or their ages, what weapons they allegedly used, or what crimes they may be charged with.