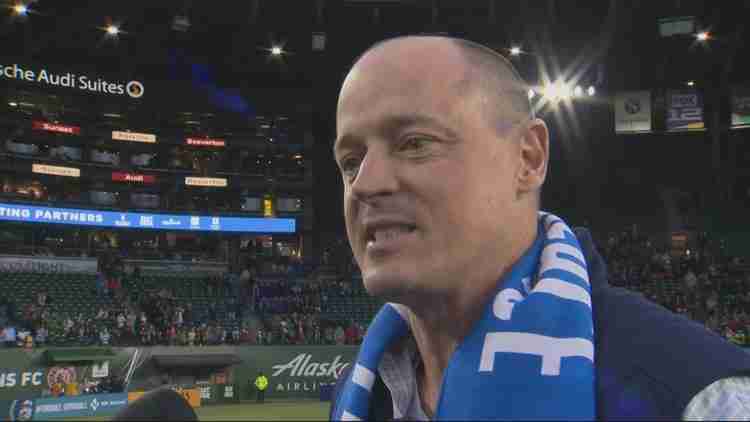 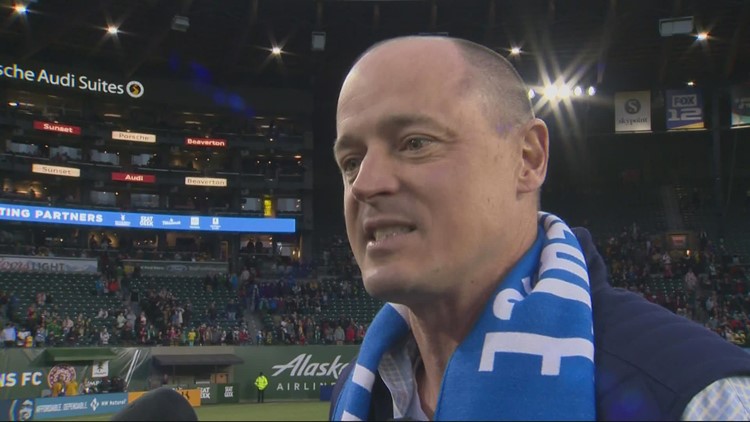 Paulson stepped down as CEO of the Thorns in October after an independent investigation into systemic abuse in the NWSL implicated Thorns executives.

PORTLAND, Ore. — Merritt Paulson, owner of the Portland Thorns and Portland Timbers, announced Thursday morning that he is selling the Thorns, though he will maintain ownership of the Timbers.

Paulson, who joined the National Women’s Soccer League (NWSL) as a founding team owner in 2012, stepped down as CEO of the Thorns and Timbers in October after the release of findings from an independent investigation into systemic abuse across the NWSL.

The Thorns, Paulson and other Thorns executives were mentioned often in the Yates report, which indicated that Paulson knew that multiple players had accused former Thorns head coach Paul Riley of sexual misconduct, including harassment and sexual coercion, going back a decade.

The Thorns said they investigated Riley in 2015 while he was with the team and reported the findings to the league. They did not renew his contract, but did not make the reasons public. The report said the Thorns were not forthcoming with certain information, and attempted to prevent investigators from using the team’s 2015 report.

Both fans and players have spoken out against Paulson and Thorns management, putting pressure on top team officials to step down and for Paulson to sell the team. After the release of the Yates report, Paulson fired two executives, Gavin Wilkinson and Mike Golub, and resigned as CEO.

In Thursday’s statement, Paulson said the past year has been “challenging.” He said he regrets “the role our organization played in the failures identified by the investigations.”

He said he believes the club still has a “bright future” and would be best served by having a new owner. “I believe it is in the best interest of the Thorns to have a new owner so that the Club can operate at the league level with a fresh voice to be a driving force for the NWSL,” Paulson wrote.

Paulson said the Thorns will work with the NWSL to “find the right group” to buy the club. “We will not rush to a decision as we want to get it right for our players, for Portland and for women’s soccer,” he wrote.

Willamette Week reported that the ownership group is seeking “$30 million to $50 million” for the Thorns, which aligns with the sale of the Washington Spirit for $35 million earlier this year. The Oregonian reported that Paulson is seeking as much as $60 million.

Paulson said he does not plan to sell the Timbers and said he will work to assure a smooth transition between the new owner of the Thorns and the Timbers. He said he believes the Thorns should continue to play their matches at Providence Park.

“I am fully committed to doing all that is necessary to ensure a smooth transition and the continued success of the Thorns, including providing favorable usage terms for Providence Park that will enable the Thorns to continue to capitalize on their popularity in Portland,” he said.

Paulson also said he wants the new owner to move forward with “ongoing efforts to secure” a new training facility for the Thorns.

In Thursday’s statement, Paulson said he’s pledging $1 million to establish a player safety office in the league, which was one of the recommendations in the report.

Editor’s note: The video at the top of the article is from October when Paulson stepped down as CEO of the Thorns and Timbers.