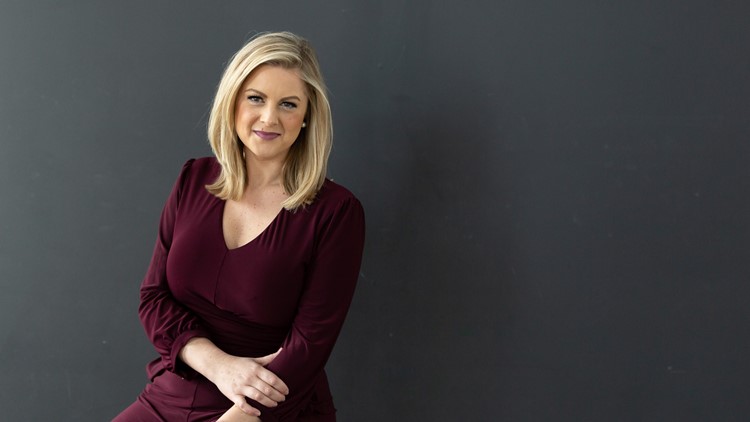 Ashley Korslien is an award-winning journalist and longtime anchor. She’s part of the team that also produced Urge to Kill, Should Be Alive and The Yellow Car.

PORTLAND, Ore. — Ashley Korslien is an award-winning broadcast journalist in Portland, Oregon. She currently works as a reporter, podcast producer and news anchor at KGW-TV, the NBC affiliate in Portland.

Ashley has served as a military and crime reporter throughout her career in local news, and spent time at TV stations in Great Falls, Montana and Spokane, Washington.

In 2021, Ashley wrote and produced her second podcast, The Yellow Car, which also won an Edward R. Murrow Award. The series follows a woman’s lifelong mission to prove the wrong killer was imprisoned for her mother’s 1989 murder.

In 2022, Ashley hosted and produced Should Be Alive, a six-part podcast series that examined the life and death of a teenage girl who was murdered for being transgender. Ashley’s reporting explored a increasing trend of violence against transgender people and investigated the so-called ‘panic defense,’ which is still used in criminal court cases around the country.

Outside of work, Ashley volunteers with several local nonprofits and lives in Southwest Washington with her husband and three children. She enjoys photography, DIY projects and renovating her old fixer-upper farmhouse. Ashley also loves reading about history and diving into all things spooky, strange and unusual. She hopes people enjoy the stories in Wicked West as much as she does!

Wicked West, a new six-episode true crime podcast created by KGW and VAULT studios, explores old-time crime and the Pacific Northwest’s peculiar past. Each episode takes the listener deep into a strange and relatively unknown legend, lore and historical firsts. Local authors and historians who have researched and written about these topics walk you through the realms of crime, sex, cults and even ghosts to uncover six of the region’s most compelling stories just in time for Halloween.