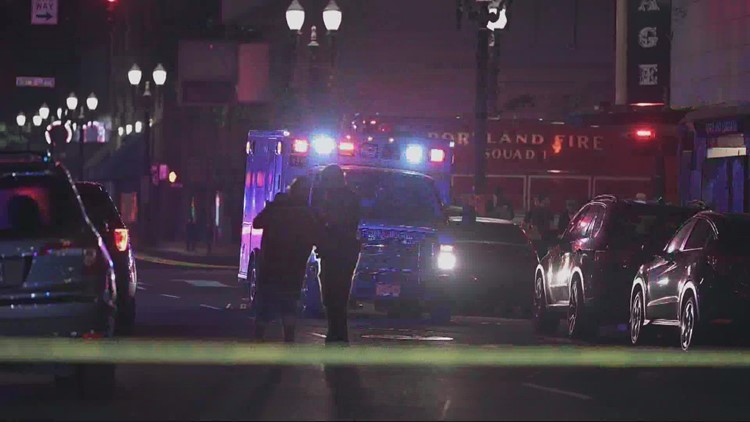 Officers responded to a report of a shooting near Southwest 4th Avenue and Washington Street around 2 a.m. Friday. No arrests have been made.

Officers responded to reports of a shooting around 2 a.m. Friday near Southwest 4th Avenue and Washington Street, a couple blocks northeast of Pioneer Courthouse Square. When they arrived at the scene, the found a man who had been killed.

No arrests have been made and police reported no information about a suspect. Police have not yet identified the man who was killed. PPB said they’ll release more information “when appropriate.”

Police closed Southwest Washington Street between 2nd Avenue and 4th Avenue so homicide and forensic investigators could collect evidence. In a news release sent out shortly before 4 a.m., PPB said the road would be closed for several hours.

The city of Portland has grappled with an ongoing increase in violence over the past few years. There were 88 homicides in Portland in 2021, up from 57 in 2020 and 36 in 2019, according to a police dashboard that tracks neighborhood crime statistics. PPB reports there have been 72 homicides in the city this year, which puts Portland on pace to exceed last year’s number of homicides.