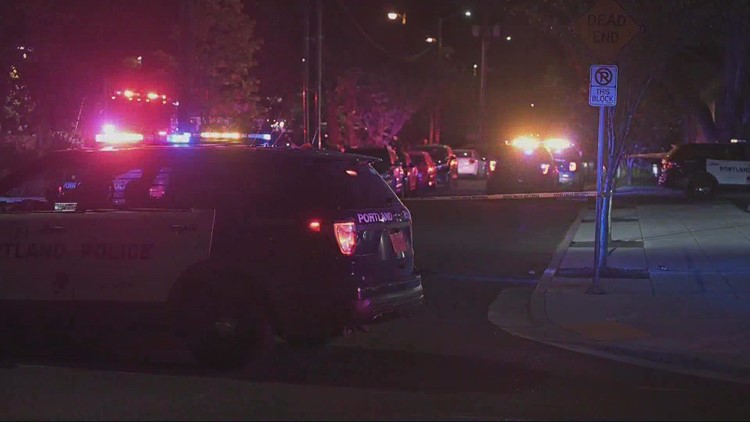 Police detained a man at the scene as part of the investigation.

PORTLAND, Ore. — A man died and a woman was injured after a stabbing in Northeast Portland early Monday morning, the Portland Police Bureau (PPB) reported.

The stabbing happened around 12:36 a.m. in the area of Northeast 42nd Avenue and Weidler Street. When officers responding to the reported stabbing arrived at the scene, they found a man and woman who were both injured. Officers gave first aid to both people but the man died. The woman was taken to the hospital and is expected to survive.

Police detained a man as part of the investigation. Police did not release the name of that person. PPB said the name of the man who died will be released “after they are positively identified, the Medical Examiner has confirmed cause of death, and after family members have been notified.”

The PPB homicide unit is investigating. During the investigation, police closed Northeast Weidler Street from 42nd Avenue to 43rd Avenue.

The city of Portland has grappled with an ongoing increase in violence over the past few years. There were 88 homicides in Portland in 2021, up from 57 in 2020 and 36 in 2019, according to a police dashboard that tracks crime statistics. Portland police reports there have been 76 homicides in the city this year, which puts Portland on pace to exceed last year’s number of homicides.