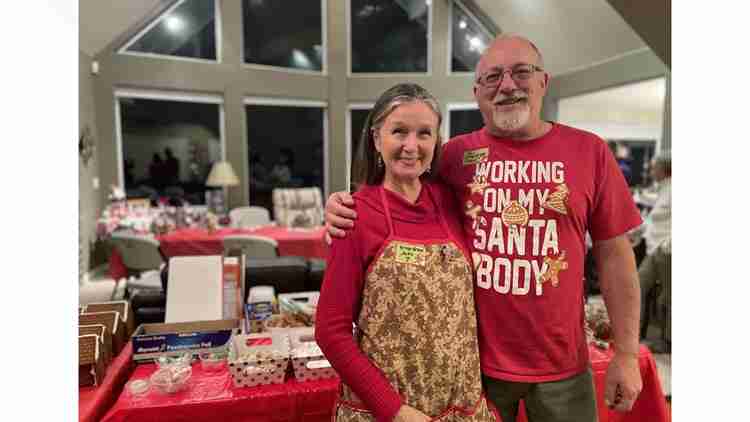 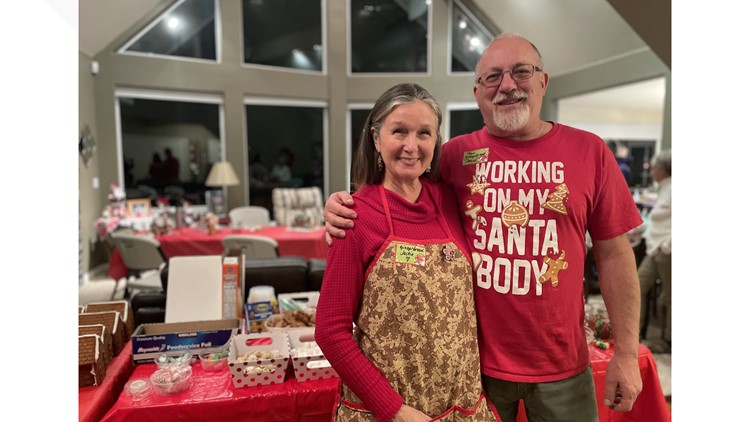 In Lyons, one woman is taking her love of decorating gingerbread houses to another level and inviting her resilient neighbors to join her.

LYONS, Oregon — For 26 years, Jackie Kirkpatrick has opened her home to friends, family and neighbors to decorate gingerbread houses. What started in 1996 with one party and a couple of guests, has grown into five parties, 60 gingerbread houses and one reason to do it.

“It’s fun!” said Kirkpatrick. “I know that they’re having a good time, and relaxed.”

To pull it off, Kirkpatrick starts making gingerbread dough in October and with help from a few friends assembles the houses before the parties. On a recent December night, she hosted the ladies of Juniper Street in Lyons. Her husband Dean is always there to lend a hand.

The Kirkpatricks moved from Tigard to Lyons five years ago and into their retirement dream home on the North Santiam River. They brought their gingerbread party tradition with them.

“What starts it is just talking to your neighbors,” said Kirkpatrick.

Among the dozen or so neighbors there was first-timer Aletha Shine, who needed some convincing to attend.

“[Jackie] invited me last year and I was like, naaaahh,” said Shine. “I don’t do this kind of stuff. I’m not creative.”

Others like neighbor Jayne Risko wouldn’t miss it. She showed up for her fourth year in a row.

“We are only here for so long,” said Risko. “We might as well enjoy our lives!”

For Kirkpatrick, it’s never been about how well guests decorate their houses but rather, just having everyone under one roof.

“It’s bigger than just building gingerbread houses,” said Kirkpatrick. ‘It’s a community that looks out for one another.”

Never was that more apparent than during the summer of 2020. Wildfire ripped through the Santiam Canyon that September, forcing everyone to evacuate.

“We were fast asleep and got the phone call about 2:30 a.m. that said leave now,” recalled Kirkpatrick.

Shine was one of the few who stayed behind. As a volunteer firefighter with Stayton Fire District, she did what she could to protect houses and alert neighbors.

“Lord help us all, I’d never been so scared in my life,” said Shine. “I almost got stuck; chief was yelling at us all to get out of there.”

Eleven days later, neighbors returned to Juniper Street to find that their homes still standing. Some homes just across the river, were not.

“We have a lot of friends who did lose everything,” said Risko. “Everything.”

Fast forward two years, many homes that burned are newly rebuilt, and neighborhoods that survived, are stronger than ever.

Kirkpatrick’s neighbors all think of how grateful they are to be together and laughing. That includes Shine, who has a new appreciation for the art of gingerbread décor.

“I will do this again,” said Shine. “I enjoyed it, believe it or not! [Jackie] reaching out, it makes you feel good.”

For Kirkpatrick, it’s the reason she plans to keep baking gingerbread houses for as long as possible.

“I think I’m going to have to be in the ground,” laughed Kirkpatrick. “I’m going to do this as long as I can.”