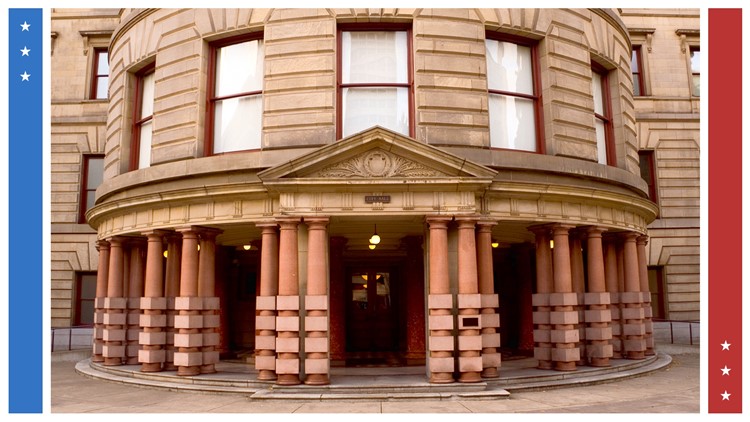 Portland voters are deciding whether to approve a top-to-bottom overhaul of the city’s government structure.

PORTLAND, Ore. — After months of public debate, Portland voters have finally gotten their chance to decide the future of their city’s form of government — and initial results show the city’s residents appear to be ready to take the plunge on the proposed overhaul.

The first round of results posted Tuesday night showed Measure 26-228, the charter reform package, passing with about 55.7% voting Yes and about 44.3% voting No. The initial results are not final and will continue to be updated as more votes are tallied.

Portland city staff announced plans to answer media questions Tuesday evening about next steps for the city if Measure 26-228 passes.

If it passes, the package would scrap Portland’s oft-maligned commission form of government in which the mayor and the four city commissioners individually control city bureaus while also collectively serving as the city council.

It would centralize administrative power under a professional city manager overseen by the mayor and leave the council in charge of policy. It would expand the council to 12 members and divide the city into four geographic districts, each of which would elect three councilors using ranked-choice voting.

The package was developed by the Charter Commission, a 20-member citizen volunteer group that, under the terms of the city’s current charter, must be convened at least once every 10 years to review the city’s government structure and present recommended changes to voters.

Portlanders have roundly rejected major charter overhauls in the past, but there’s reason to believe things could be different this time. Portland has been struggling for years with multiple mounting crises including gun violence and housing, and public frustration with the city’s government is unusually palpable.

Even officials like Mayor Ted Wheeler have publicly blamed the commission form of government for contributing to the city’s woes, arguing that it’s antiquated and hamstrings the city by keeping its bureaus siloed from one another.

The calls for some sort of change have become near-universal, but the specific reform package that the charter review commission unveiled in March has been more controversial, particularly among Portland’s elected officials.

Wheeler quickly objected to the proposal’s lack of a mayoral veto, and City Commissioner Mingus Mapps objected to the charter commission’s decision to send the entire slate of reforms to voters as a single ballot measure.

Mapps and Vadim Mozyrsky, one of three charter commission members who voted against adopting the final package, have also both objected to the combination of ranked choice voting and multi-member districts. They’ve both become prominent public opponents the package.

Other charter commission members and reform activists have pushed back on the criticism, arguing that the proposed reforms are all based on what Portlanders told the charter commission they wanted, and that they had to be packaged as a single proposal because they’re interdependent.

If the package passes, the transition will begin almost immediately with the formation of a new committee to draw the boundaries of the four geographic districts.

The existing city council format would remain in place for the time being, with the first elections under the new system held in 2024. Existing council terms would not carry over; city commissioners elected in 2022 would need to run again in 2024 to remain on the council.

If it fails, the city will retain its current commission form of government — but it’s highly unlikely that Portlanders will have to wait 10 years for another chance at an overhaul.

Mapps and fellow City Commissioner Dan Ryan have both suggested that the city council will develop an alternative proposal to refer to voters next year if the current one fails, with Mapps going so far as to release his own proposal publicly in October while asking voters to reject the charter commission package.