‘Like a slap in the face’: Multnomah County cuts back on homeless supplies 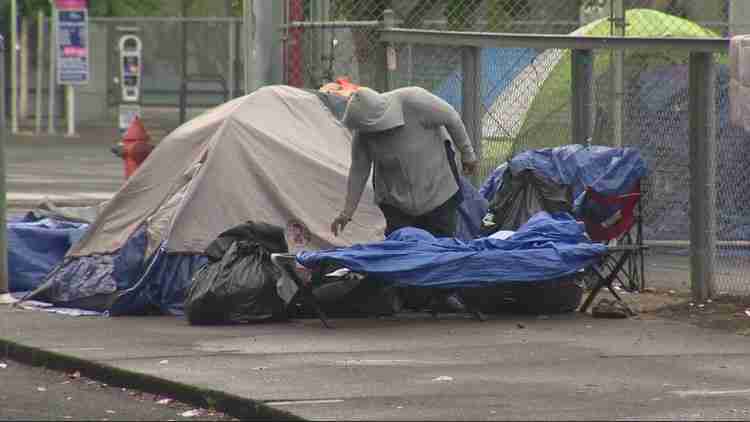 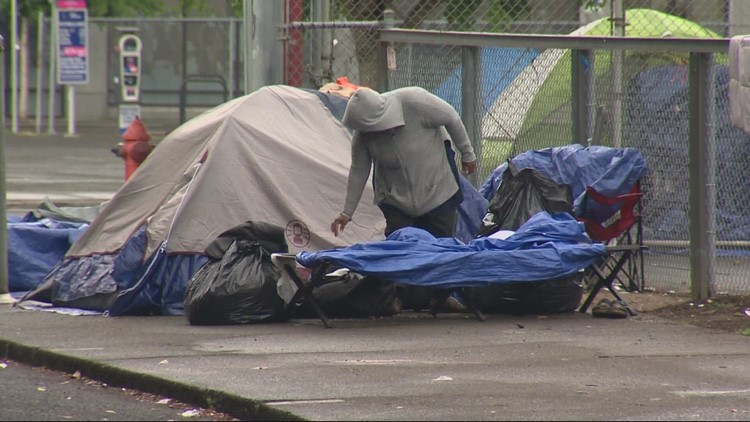 Due to staffing and budget constraints, the Joint Office of Homeless Services limited the amount of supplies that groups helping homeless people can get.

PORTLAND, Ore. — Piles of wet clothes and blue tarps surround an outdoor space heater by a tent off of Southeast Martin Luther King Jr Boulevard Monday morning. 45 degrees with signs of rain on the way and those living around that campsite prepared for colder days ahead.

“Not much movement. You bundle up and maybe make a little fire and that’s about all you can do,” said Chris Ceconi who sleeps in his white pickup truck. “It’s better than exposing yourself to the elements,” he said.

Ceconi was laid off from his job during the pandemic. For a short time, he collected unemployment, which he said ran out. He’s been homeless ever since.

“On Friday I go over there sometimes,” he said pointing to the non-profit called Hygiene 4 All tucked under the Morrison bridge. “They hand out tents and sleeping bags, but they haven’t been doing it,” he said.

Hygiene 4 All helps 100 homeless people a week. The majority camp on the central east side of the city come to them for supplies.

Much of their supplies come from Multnomah County’s Joint Office of Homeless Services warehouse which opened in Northeast Portland during the pandemic.

“Things like tents and tarps and sleeping bags are kind of beyond our budget and we get those from there,” explained Comstock.

In an email obtained by KGW which was sent to non-profits, the Joint Office said due to budget and staffing constraints, they reduced how often groups like Hygiene 4 All can pick up supplies from biweekly to once a month. They’ve also limited the number of certain supplies they can take. That leaves people like Comstock with about a quarter of the supplies she would normally have.

“Honestly, it’s pretty demoralizing to be out here telling people ‘I’m sorry we don’t have these things,’” she said.

The Joint Office said they recognize the significant impact this has on non-profits, but these changes don’t apply to severe weather or emergency situations. Although, people living on the streets need things to keep warm nearly every night.

“It feels like a slap in the face frankly,” said Comstock.

While Comstock knows it’s just a matter of time before city crews remove the tents and tarps she gives out from the streets, she’s now looking for community donations to keep up.

“It’s hard to feel like you’re fighting a tsunami and we care about the people out here,” she said.