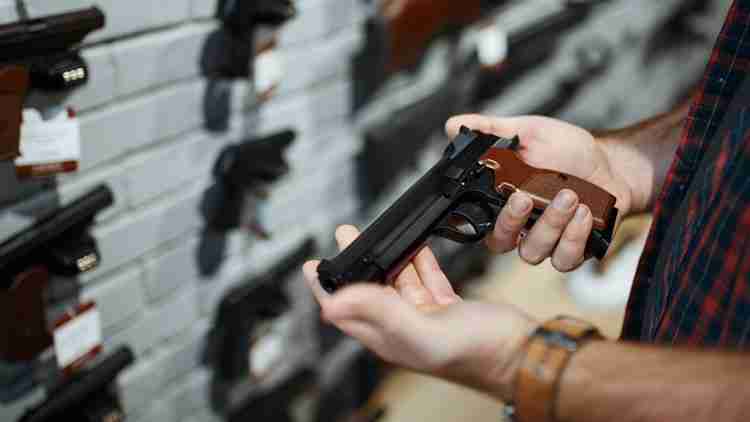 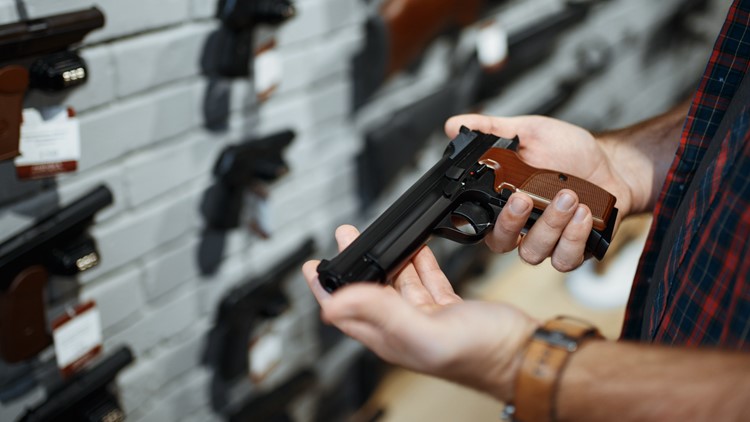 There are a few different pieces to Measure 114, and a constitutional law professor we spoke to said it’s possible that only part of it gets tossed out.

PORTLAND, Ore. — While votes were still being counted after Election Day this month — and well beyond — the fact that gun control initiative Measure 114 was projected to narrowly pass proved enough for some of Oregon’s arcane administrative mechanics to begin churning.

According to the Secretary of State’s office, laws passed via initiative petition like this one go into effect precisely one month after the election: midnight on Thursday, Dec. 8. Even the authors of Measure 114 said that they thought it would become effective a month after the vote was certified.

When and if Measure 114 becomes law in its current form, it would require a permit in order to buy a gun. Buyers would have to get a permit that’s expected to cost around $65 and complete an approved firearms safety course, which would also likely come at a cost. The permits also require submission of a photo ID, fingerprinting and a criminal background check.

Permit applications would be handled by the local police department or county sheriff’s office, and Oregon State Police would handle background checks — which they already do for firearms purchases. All of that information would then go into a database.

Measure 114 also bans the sale of magazines that hold more than 10 rounds.

Immediately after the measure passed, a few Oregon sheriffs released statements about their feelings on the matter. Most were critical of the measure, but a few took that a step further and said that they refused to enforce certain aspects of it — also expressing hopes that a lawsuit would block the law before it could go into effect.

The short timeline between Election Day and the Dec. 8 effective date meant that an inevitable legal challenge to Measure 114 would need to coalesce quickly. And it did, less than two weeks after the election.

On Friday, a Marion County gun store owner, the Sherman County Sheriff and a group called the Oregon Firearms Federation filed a lawsuit. It argues that the new law violates the Second Amendment to the U.S. Constitution, taking special aim at the magazine capacity portion of the law.

“Many of the nation’s best-selling handguns and rifles come standard with magazines that can hold more than 10 rounds — and firearms equipped with such magazines are safely possessed by law-abiding citizens in the vast majority of states,” the plaintiffs’ attorneys wrote in the filing documents.

KGW wanted to know how likely the lawsuit is to be successful, so we turned to a constitutional law professor, Norman Williams of Willamette University. Williams said he’s not surprised that the lawsuit focused on magazine capacity.

“Both California and Washington have similarly banned high-capacity magazines, and the California ban was initially upheld by the U.S. Court of Appeals for the 9th Circuit as not violating the Second Amendment,” Williams said. “That decision, which was a year ago, was then appealed to the U.S. Supreme Court. The U.S. Supreme Court, this past June, struck down a New York public carry law, and after deciding the New York case, the U.S. vacated the 9th Circuit’s decision upholding California’s ban and sent it back to the Court of Appeals to decide again in light of what the U.S. Supreme Court had said about Second Amendment gun rights.”

In layman’s terms: A lower court initially ruled that California could ban high-capacity magazines, like Oregon just did. But then the U.S. Supreme Court ruled on a New York gun law case, and the justices decided that this ruling could apply to the California case as well, so they instructed the lower court to take another look at California’s law in light of the New York ruling.

The New York case in question is New York State Rifle Association vs. Bruen, and the Measure 114 lawsuit makes reference to that decision. The case is a bit different than what’s going into effect here in Oregon. It centers around a law that forced people applying for a concealed carry permit to show that they had “cause,” or some kind of justifiable need to carry a gun.

The Supreme Court ruled that no other constitutional right requires someone to show “special need” in order to exercise it — and further, that gun restrictions are constitutional only if there is a historical tradition of that regulation in the U.S. And when they say “historical,” they don’t mean regulations that came about since the beginning of the 20th Century.

“The U.S. Supreme Court decision in New York vs. Bruen adopted a new methodology for deciding the scope of Second Amendment gun rights,” Williams said. “The U.S. Supreme Court was emphatic that for a measure to pass constitutional review, proponents of the gun regulation would have to demonstrate that in 1791, similar measures were in existence, that the right to bear a firearm in 1791 wouldn’t have been viewed as infringed by that same type of measure.

“And as the dissenting judges in the 9th Circuit decision had said a year ago, it was clear that in 1791, there were no bans on high-capacity magazines — that gun regulations in 1791, when the Second Amendment was adopted, permitted individuals to have firearms that were able to fire multiple rounds in a short period of time. And so in light of that very historically-rooted approach to assessing gun rights, I think it’s going to be very difficult for Oregon, California, Washington and other states to be able to survive a Second Amendment challenge to a ban on high-capacity magazines.”

If Williams is right, then the Measure 114 ban on high-capacity magazines could be in trouble. However, he does think that other portions of the law, the ones that require permits and firearms safety training, have a chance of holding up in court.

“Oregon’s permit requirements are not all that different from other states,” Williams said. “The most significant addition Oregon made is the requirement that you be fingerprinted as part of the permit application. But a number of other types of professions here in Oregon are subject to similar fingerprinting requirements — every Oregon attorney, for instance, has to be fingerprinted before they are admitted to the practice of law. And so it’s a procedural burden, but it’s one that I don’t think is going to prevent many law-abiding individuals from being able to obtain a permit.

“Similarly, the requirement that gun owners, permit applicants, receive training … already a number of firearm owners go through that. Measure 114 provides that if you’ve already gone through the training, you don’t have to go through it again, if the training you went through meets the standards set by law enforcement. And so while I understand that opponents of the measure like to say this is going to make it really difficult to purchase firearms in Oregon, I do think that is, that objection is overstated.”

The lawsuit also argues that the measure puts a huge burden on state police, local police departments and local sheriff’s offices to implement it quickly, within the space of a month. The suit points to the Oregon Constitution, which requires that new local government programs receive funding from the state if they are being required by the legislature or state agencies. Measure 114 didn’t bring with it any revenue sources for new programs.

KGW reached out to Oregon State Police for comment on this, but they said that they aren’t ready to get into it right now:

“OSP is working diligently to ensure we are prepared for implementing our portion of BM114 by December 8, 2022. At this time our team is still working on that process and we will communicate it to the public as soon as we are able.”

Professor Williams said he believes the court will likely put an injunction on Measure 114, pausing it from taking effect, at least until the permitting and training process can be put into place.

Opponents of the measure say they have many more concerns with the law, including big picture issues. We talked with the Oregon Hunters Association, and they said they don’t see how the new law will stop gun violence, and the conversation about guns needs to be much broader.

“I was raised in a family where firearms were around, and so they weren’t something that was frightening to me. And I took a lot of pride in being proficient in them,” said Amy Patrick with the Oregon Hunters Association. “And so I’m very used to them, I’m very used to handling them, and so for me, it’s not a scary thing. Whereas I understand somebody who has not been raised around them, has seen them only as a tool for violence, has a very different approach and comfort level with them.”

“And so I think what you said before about people felt like they needed to do something, that is spot on. And I understand, people do feel like they need to do something to feel safer, something to try to take steps against the violence that we’re seeing the uptick, particularly in the metro areas. The unfortunate thing for me is that I think there’s been a lot of misplaced trust put in this measure as that something.”

Meanwhile, the chief petitioner of Measure 114, a pastor in Northeast Portland, told us “enough is enough” — he’s seen and heard from too many people affected by gun violence to stand back and do nothing.

“The key is for all of us, all of us is that this was put on the ballot for the sake of our children,” said Rev. W.J. Mark Knutson, pastor of Augustana Lutheran Church in Portland. “The number one cause of death in this country for children and youth is gun violence, 55,000 Americans a year. In Oregon it’s gone up.

“And so this was put on there for public health, and all of us want to see public health — and it’s not just our children who are fearful of being shot but the impact it has to them emotionally and mentally, if they’re close to one or know about one, the impact it has on them spiritually, and the impact it has on them in their social fabric. So this is about public safety, safe schools, safe communities and it’s been proven to save lives. This is well put together, it’s going to save lives, and that’s it. All of us want that and when it becomes law, I would expect everyone to uphold that and work with it to make Oregon even safer.”