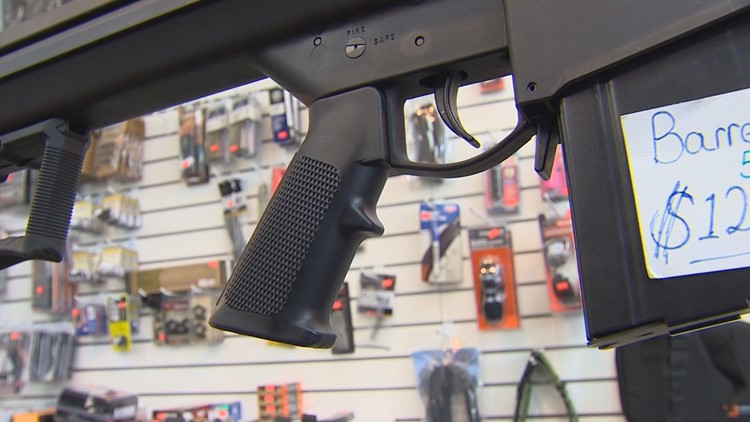 Since the case is so complicated, a federal judge said she will not issue her decision on the Oregon gun control initiative until next week.

PORTLAND, Ore. — A federal judge heard arguments on Friday in a case that could block Oregon’s landmark gun control measure from taking effect. Measure 114 is set to become law next Thursday, Dec. 8, and the judge indicated that a decision will not come until sometime next week.

Michael Krone is a special counsel for the Oregon Attorney General’s office. He’s arguing in defense of the measure, which Oregon voters narrowly approved during the midterm elections.

“The Supreme Court has recognized the state retains some ability to make regulations when there are new social ills and new technology,” Krone said.

Plaintiffs in the lawsuit include the Oregon Firearms Federation, the owner of a Marion County gun store and the Sherman County Sheriff.

Union County Sheriff Cody Bowen has been an outspoken opponent of the measure, vowing not to enforce aspects of the law if it goes into effect. He said he came to the hearing Friday to represent the people of Union County, who largely voted against the measure.

If it does take effect, the measure would ban sales of magazines holding more than 10 rounds.

The measure would also require gun buyers to obtain a permit to buy a new gun. Permit applicants would have to take gun safety training classes and undergo background checks and fingerprinting.

Opponents like Bowen are adamant that the measure will do little to crack down on gun crime while burdening legal gun owners.

Since Measure 114 passed, there’s been a veritable run on guns. Gun buyers must pass a background check conducted by Oregon State Police before getting a firearm, and the agency said its seen these transactions come through at a rate “never seen before in the program’s 26-year history,” resulting in quite a backlog.

And prospective gun buyers don’t get a break from Measure 114 just because they tried to make a purchase before the deadline. According to an update from OSP on Friday, transactions that aren’t completed by midnight on Dec. 7 will require the buyer to apply for a permit under the Measure 114 rules before OSP will process the background check and approve the purchase.

“This means your FICS (Firearms Instant Check System) transaction will not be canceled on December 8,” the agency said. “Once the purchaser has an approved permit, the FICS transaction will resume.”

OSP underlined that many delayed transactions are due to missing, incomplete or incorrect information. And the process for correcting those mistakes requires OSP to contact whatever agency has the relevant official records — courts or district attorney’s offices throughout the U.S. There’s no requirement for those sources to respond, either.

Meanwhile, the agency is in charge of coming up with the application form for getting a permit under Measure 114. OSP said that a draft application is in “final review” with permitting agencies and will be posted on the OSP website on Dec. 9.

“With BM114 becoming law on December 8, 2022, this gives Oregon State Police a very short window to develop a program and have technology available for use on day 1 of the new law,” the agency said. “Because of this, the Permit-to-Purchase program at Oregon State Police will be a manual paper process until new technical systems can be designed and implemented.”