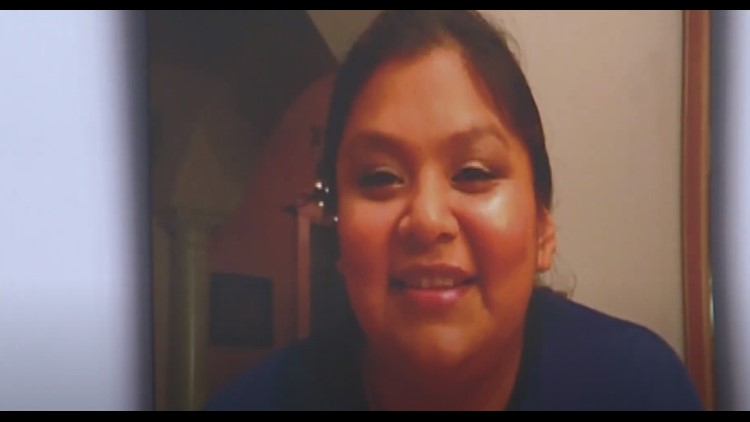 Community members gathered on Indigenous Peoples Day to honor the dream of a woman who wanted to help Indigenous families in need.

The former Presbyterian Church of Laurelhurst at 909 Northeast 33rd Avenue will be the future home of Barbie’s Village. It will include six to ten tiny homes to be built on the parking lot. Children and family programs will also be located in the former church building. All will be aimed at housing and helping Indigenous parents and children. The effort is a collaboration between Future Generations Collaborative, The Presbyterian Church, Great Spirit Church and others.

Atwai Barbie Jackson Shields was a wife, mother of four and member of the confederated Tribes of Warm Springs. She descended from the Klamath Tribes. She passed away five years ago from a brain aneurysm. When she was alive, Barbie worked with Future Generations Collaborative to promote healthy families and communities. At the time, her own family was struggling to find housing.

“She was concerned very much with those living on the streets, with those living without a home,” said Jillian Joseph with Native Wellness Institute. “So we came up with this vision of Barbie’s Village, what we call a tiny home village for the Native community… we wanted to keep her memory and her legacy alive.”

The Presbyterian church is in the process of gifting the building and land to Future Generations Collaborative.

“Kinda had this crazy idea of what if we worked toward land back from the Christian American church to Indigenous folks,” said Rev. Chris Dela Cruz, Pastor at Westminster Presbyterian Church. “There’s a lot of history of the American Christian Church; Some of it’s good, some of it’s not so good, especially when it come some of our Indigenous neighbors.”

Barbie’s family was touched by the effort to honor her legacy.

“It’s a huge blessing and a huge honor, I’m kind of speechless about it,” said Barbie’s husband, Kenneth Shields. “My hope is to actually impact lives, try to get people to move forward from their daily struggles like drugs and mental health. We want to try to pull people out of those things.”

For many Indigenous people, the contrast between this second Monday in October and those in the past was palpable.

“Columbus Day was kind of like a slap in the face, we would tend to fast on that day and not eat anything at all,” said David Combs, who attended the celebration. “Now that it’s Indigenous Day we’re going to eat and gather together.”

Organizers planned to start building playgrounds and implementing children’s programing for Barbie’s Village in the next few months. Construction on the tiny homes could start as early as next summer. Fundraising efforts are ongoing. Those wishing to donate can learn more by emailing Barbiesvillagepdx@gmail.com.