'I'm ready for the next chapter': Imelda’s Shoes to close after 29 years in business 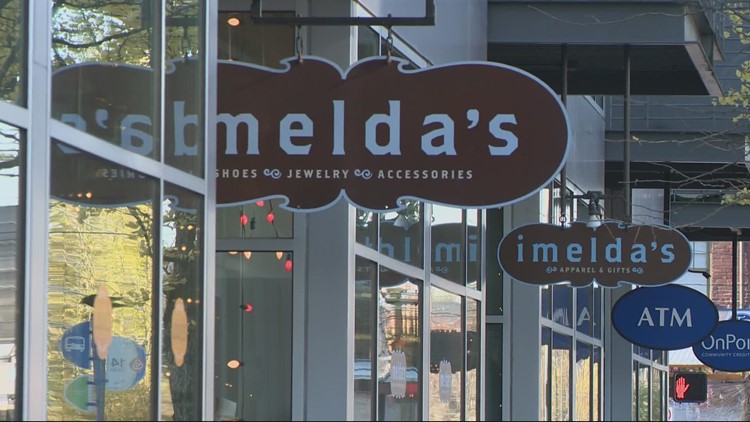 The independent shoe store opened in Southeast Portland in 1994.

“This has been a big part of my identity,” Coven said. ” I’ve been in Portland for 31 years and I’ve had the business for almost 29 years.”

But now she is closing up shop.

“It’s a bittersweet decision,” Coven said. “I think I’m ready for my next chapter.”

She’s loved connecting with customers over the years, but has faced her fair share of challenges. They’ve had four burglaries in less than eight months, and have faced, vandalism, staffing shortages and supply chain issues.

Coven says while the pandemic didn’t break her, it definitely made her re-evaluate what’s important.

“It’s the beginning of the end of Imelda’s, but it’s a new beginning for me,” Coven said.

Imelda’s closing sales are going on right now in the store and on online. Coven isn’t sure what will come next as the door closes at Imelda’s, but she hopes it’ll lead the way for another door to open.

“Someone in Portland can pick up the baton and there are opportunities for someone else to do something like this,” she said.

The shop doesn’t have a final closing date yet, it all depends on inventory. But customers have a few more weeks to shop before they close for good.

OTHER STORIES: ‘Last of the old Portland’: Cameron’s Books closing this weekend after 83 years in business