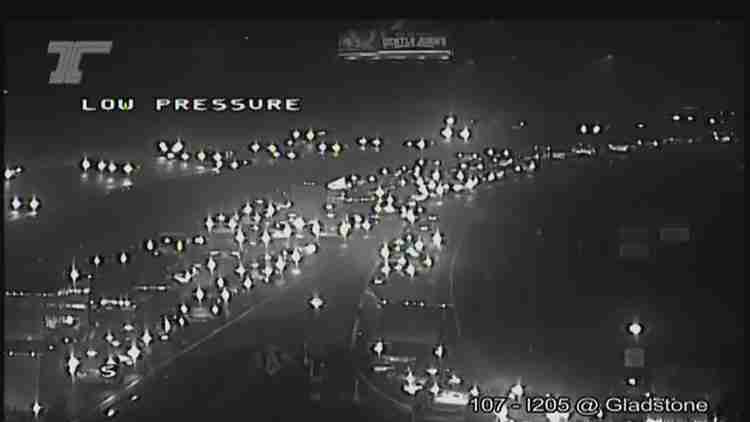 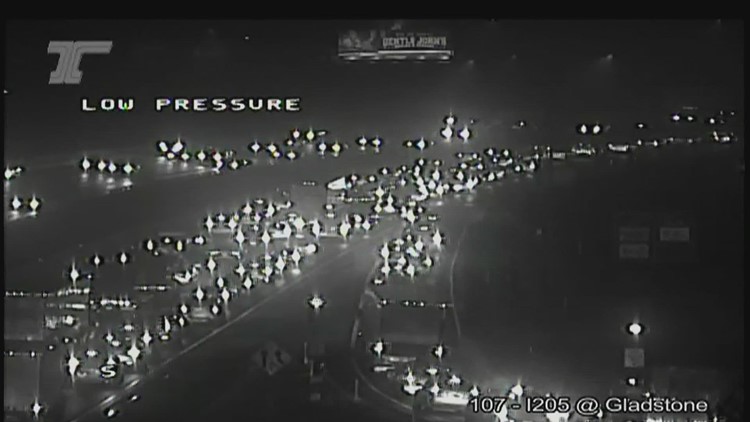 There have been a number of crashes and fender benders on slick roads, including a crash on I-205 southbound in Gladstone that’s blocking traffic.

PORTLAND, Ore. — Portland saw its first snow of the season Sunday and while the threat of snow has passed, freezing temperatures overnight have caused icy spots on roadways. Drivers should be cautious and give themselves more time to get where they’re trying to go Monday morning.

There have been a number of crashes and fender benders on slick roads this morning, including a crash on I-205 southbound in Gladstone that’s blocking multiple lanes, KGW’s Chris McGinness reports.

Some school districts have also announced closures Monday or delayed the start of classes for a couple hours due to icy road conditions and winter weather. For a full list, visit kgw.com/closings.

Temperatures are expected to warm Monday, bringing a stretch of dry weather through Wednesday before rain returns to the forecast Thursday.

On Sunday, Portland International Airport (PDX) registered .01 of an inch of snow Sunday, basically a dusting on the ground. Funnily enough, that amount of snow set a record for Dec. 4. The old record was a “trace” of snow set in 1980, according to KGW’s Joe Raineri.

Outside of Portland, some areas registered a larger amount of accumulation, with reports from Longview to south of Portland showing a dusting to one inch of snowfall, about three inches in the Gorge and up to seven inches of snow at Mount Hood resorts, KGW meteorologist Rod Hill reported Monday morning.

On Sunday, deputies responded to multiple crashes on I-84 east of Corbett as snow covered the road, the Multnomah County Sheriff’s Office reported. The sheriff’s office advised drivers to avoid the area if possible.

The right lane of eastbound I-84 was closed Sunday night at milepost 25 due to a jack-knifed semi truck. The sheriff’s office didn’t report any injuries. As of Monday morning, the road had been cleared and the right lane reopened.

Right lane of EB I-84 closed at MP 25 for a jack-knifed semi. pic.twitter.com/nBTwCyJly0