'I was told the only reason why I'm alive is due to the first aid I received': Tigard man meets first responders who saved his life 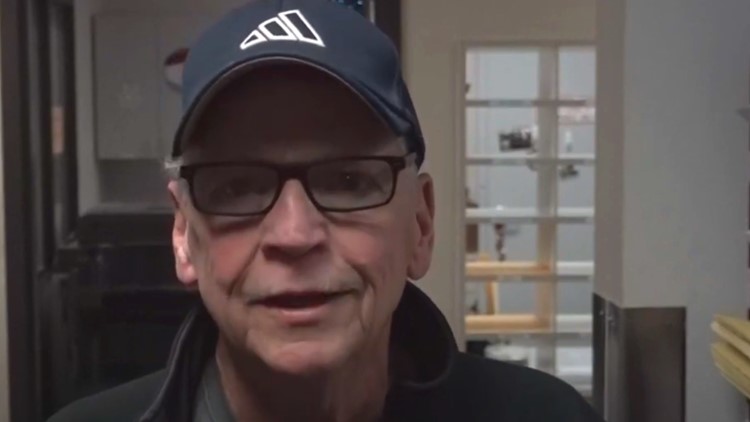 Mark Houston went into cardiac arrest on Sept. 7 after going on a bike ride.

PORTLAND, Ore. — A Tigard man who is recovering from a heart attack had the chance to meet the group of first responders that saved his life back in September.

Mark Houston was out on a bike ride on Sept. 7, when he stopped to talk with a friend then suddenly passed out and went into cardiac arrest. Someone called 911, then a minute later, officer Brian Orth showed up to the scene and started performing CPR.

“I was told the only reason why I’m alive is due to the first aid I received,” Houston said.

“We get a lot of these calls, unfortunately we don’t ever see them again,” Orth said. “When I was there he got color to his face, his feet started to move, he blinked his eye.”

Houston said he doesn’t remember getting CPR from patrol officer Orth but his doctor said it literally saved his life.

“I guess that’s a sign they did it properly when they break ribs or crack your Sternum,” Houston said.

Houston said he did not have a heartbeat for several minutes. He was rushed to the hospital where he had a triple bypass surgery. Orth received his fifth life saving award for his service.

“We have a whole toolbox of stuff to bring people back, I’ve done the cardiac stuff and other bleeding stuff,” Orth said. “There’s all types of life saving stuff we are capable of doing.”

Houston said he could not be anymore thankful for all the first responders that saved him.

“It was wonderful to meet these guys first hand and be able to shake their hands and thank them, it was a great experience,” Houston said.

Houston said he wants to learn CPR himself just in case this happens to any other people he knows.