I-84 closed in Eastern Oregon due to winter weather, crashes 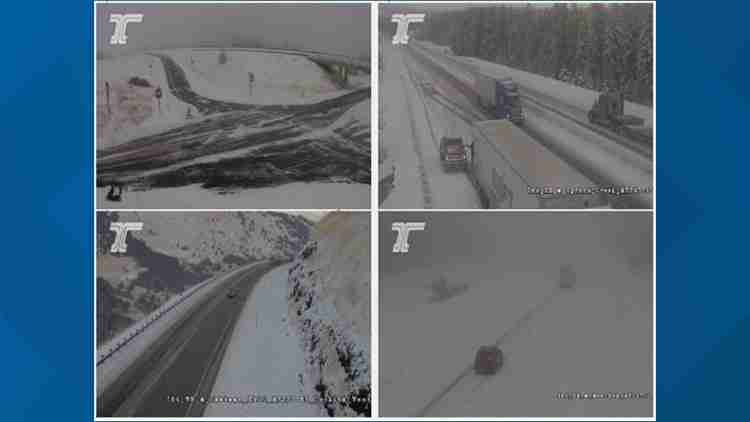 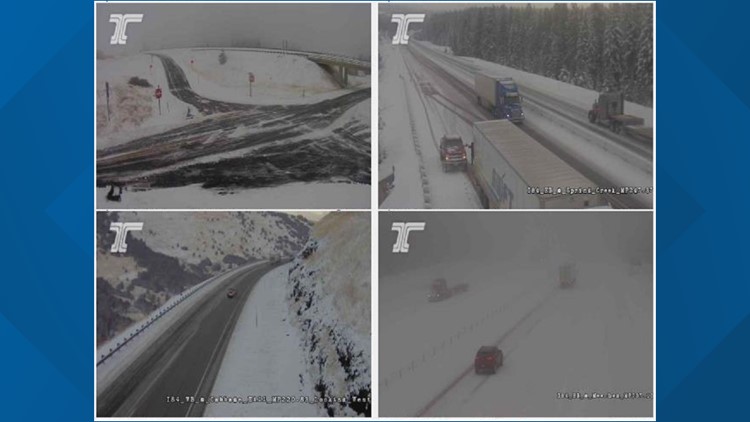 ODOT first announced Monday morning that the eastbound lanes were closed, and then about two hours later expanded the closure to both directions.

ODOT initially announced shortly before noon that the eastbound lanes were closed from Exit 216, about six miles east of Pendleton, to La Grande due to multiple crashes.

About two hours later, the agency announced that both directions were closed. No estimate was provided for when the freeway would reopen.

OR-204 (Tollgate Highway) is closed to non-local traffic, ODOT added. The highway runs parallel to the closed section of I-84 about 25 miles to the northeast.

UPDATE: I-84 WB and EB closed in eastern Oregon due to severe winter conditions and multiple crashes between Pendleton and La Grande. Conditions change rapidly. Carry chains, be ready to put them on and keep checking https://t.co/qkjPlcFose.

ODOT recommended that drivers carry chains, be ready to put them on and keep an eye on the agency’s tripcheck.com website because conditions can change rapidly.

The 50-mile stretch of I-84 between Pendleton and La Grande crosses over Oregon’s Blue Mountains and has seen multiple weather-related jams and closures this year.

ODOT closed the stretch in both directions for about 12 hours on Feb. 21 due to dozens of crashes caused by a snow storm. ODOT crews and a half-dozen tow companies worked overnight to clear more than 170 vehicles out of a 1.75 mile segment about 21 miles east of Pendleton.

More recently, a series of crashes caused by icy conditions prompted ODOT to close the Pendleton-to-La Grande segment for several hours on Nov. 17.

The segment was also part of a closure in early September that stretched further south past La Grande to Baker City and Ontario, although that one was caused by a wildfire rather than winter weather.