How are people supposed to commute around Portland when the I-5 and I-205 tolls arrive? 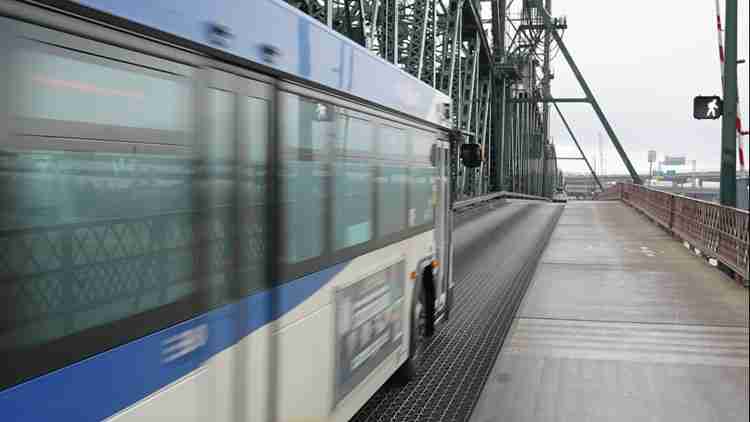 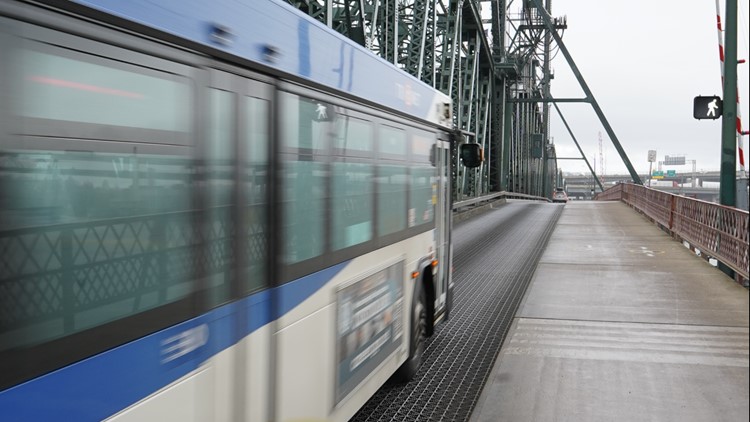 One of ODOT’s stated purposes for tolling is to relieve congestion and get commuters traveling at different times or by different means, namely public transit.

PORTLAND, Ore. — In November, we took a look at what you can expect from tolling programs that are currently under development by the Oregon Department of Transportation for parts of I-5 and I-205. There are a couple of reasons for those tolls, they said: to pay for needed road and bridge improvements and to reduce congestion by charging higher rates during peak hours.

That second reason also includes an encouragement for commuters to either travel at different hours or take public transit. Since most people don’t choose their work hours — and peak hours are peak hours for a reason — that essentially leaves public transit.

So, are there enough buses and do they run at the right times? That’s a question that regional elected officials and planners are just starting to wrestle with. Already, some of them are worried.

The wheels on the bus

When tolling comes to I-5 and I-205, many drivers are expected to bail off the freeway to get around paying the fee. That will send them onto side roads and neighborhood streets. ODOT is trying to figure out where that will happen, how bad it will be and what can be done to mitigate the impact.

That’s where a push to public transit is supposed to come in. But at a regional toll advisory committee meeting, TriMet lobbyist Tom Markgrapt did not sound confident.

“We have never done this before,” Markgrapt said. “This stuff makes me nervous as a cat. It is difficult. Its never happened here. It’s something we need to figure out. I think we’ve got great partners. I think the partnerships that we have with these folks are gonna make it so we can figure this out.”

“We have got those terrible constitutional restrictions on us that other states don’t have,” he continued. “That’s not gonna go away. But one thing I do want to put out on the table is — TriMet doesn’t own roads. We don’t own roads right? We run our buses on roads but we need to work with all the local jurisdictions so we can move buses faster on those roads. And that means working with partners willing to make it so we can move buses faster on roads.”

Here’s the constitutional issue he’s talking about: Money made from the use or operation of motor vehicles must be spent on roadway projects. We wanted more context to Markgrapt’s statements, but he did not respond to an email request for comment.

The president of the regional government, Metro, is Lynn Peterson. She’s also a part of the committee, and expressed similar worries about overloading the transit system.

Again, pushing commuters to switch to public transportation is part of the goal for tolling, according to ODOT. A number of KGW viewers have said that they simply cannot get where they need to go using the bus or MAX. And even where there is enough infrastructure, there’s a real concern that all those people who make the switch will swamp the bus system.

Another committee member, Clackamas County Commissioner Paul Savas, added to the voices of concern at the tolling meeting.

“There’s not enough money to do what we need – there hasn’t been any significant improvements in my part of the region when it comes to transit,” Savas said. “And I understand the practical realities, number one, the capital investment needed.”

“So, there has to be something significant or else we should bail!” Savas continued. “One of the two. How we are gonna address how we’re gonna expand it or not. Because I don’t see the means. I have been asking for this a long time, members of the TriMet board, TriMet staff people, everyone, ‘What can we do, where’s the money, how can it happen,’ and the answer is, ‘We can’t get there from here.’ And I think the public needs to know either we can’t get there from here or there is a way and a path. But right now, under the current paradigm, its not working. We can’t grow it to meet the need.”

Paying one way or the other

Washington County Commissioner Nafisa Fai asked ODOT’s head of public transportation the question that many were likely thinking: How are “we” going to pay for this? Will tolls pay for more buses?”

“That is a fantastic question. So, we don’t exactly know who is going to pay for what, yet,” replied Karyn Criswell, ODOT’s transit lead. “So, we know that if there — if the transit is a mitigation, that we will have to come up with the funding to pay for that mitigation. We know toll revenues could potentially pay for some elements of projects that might be on this list. But beyond that its part of why we need to look at the full range of funding options and frankly even considering new funding options.”

The last part, “new funding options,” suggests that new taxes are on the table.

Tolling on I-5 and I-205 is expected to begin in three years, give or take. However, the specific tolls for the Tualatin River and Abernethy bridges on either side of West Linn will begin much sooner, in 2024.

At the same time that this new tolling regime is under discussion, there’s a parallel conversation happening regarding the new bridge that will connect Oregon and Washington to replace the old Interstate Bridge. That needs to be paid for as well, and it’s looking more and more like it won’t just be tax money covering the tab.

On Monday night, we spoke to the administrator of the Interstate Bridge replacement program, the bi-state committee charged with planning the new bridge. We asked him how the massive undertaking is being funded.

Greg Johnson said that they’ve gotten a pledge of $1 billion from the state of Washington, and they intend to ask Oregon lawmakers for another $1 billion. They’re also hoping for some federal funding — but you can bet that there will be, in his words, “some tolling” on the bridge once it’s constructed.

Johnson’s committee plan to begin the environmental impact portion of the project early next fall. After that, there will be a number of chances for community input. Construction won’t begin until at least mid-2025.