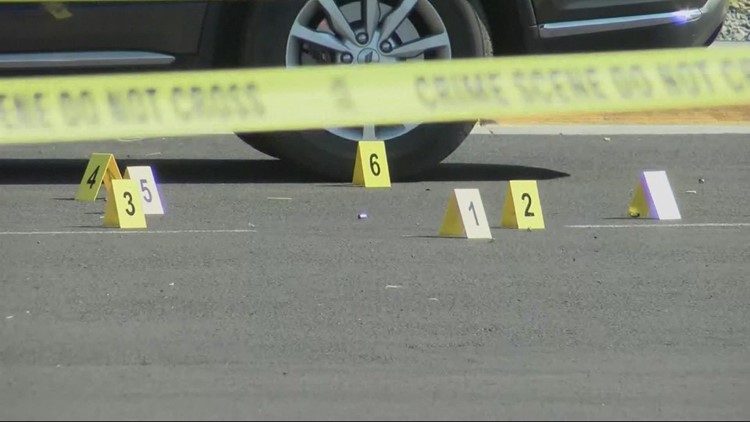 Hillsboro police responded to a shooting that left one man injured. Three teen boys were arrested in connection.

HILLSBORO, Ore. — One man was hospitalized after sustaining a non-life-threatening gunshot wound to the shoulder on Tuesday, according to Hillsboro police.

On Tuesday at around 3 p.m. officers responded to a report of gun shots fired in the area of Northeast 106th Avenue between Evergreen Parkway and Cornell Road in Hillsboro, according to a police news release.

When the officers arrived on scene they found a male victim with a gunshot wound to the shoulder.

The victim is a 26-year-old man from Hillsboro. During the investigation Northeast 106th Avenue was closed off between Evergreen Parkway and Cornell Road for approximately three hours.

The teens attempted to rob the victim while he was walking on Northeast 106th Avenue, police said.

Officers arrested three teen male suspects ages 13, 15 and 16-years-old at the scene. A fourth male suspect was discovered near Northeast Stucki and Cornell Road. He attempted to leave the scene in a vehicle but crashed. He was also taken into custody, police said.

The teens are being charged with attempted murder, robbery and unlawful use of a weapon. The Multnomah County teens are currently being held at a juvenile facility.

Their names will not be released at this time due to the suspects ages. Police did not mentioned the fourth victims age.

The case remains under investigation by Hillsboro police detectives and the Washington County CART team.

RELATED: One person injured after deputy fires at suspect in Northeast Portland