Family of infant on life support warns of RSV dangers 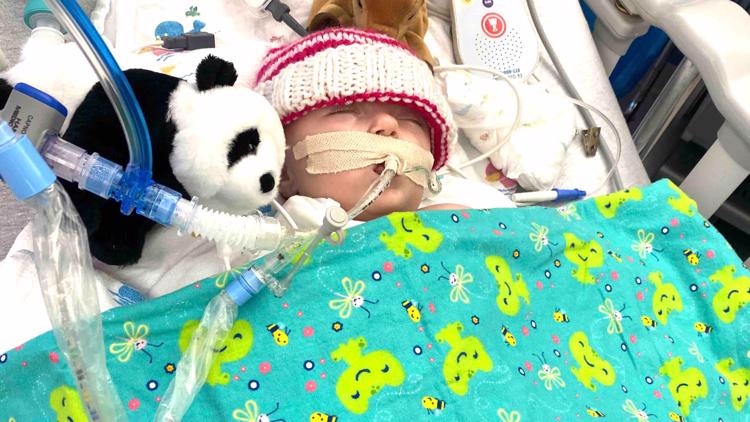 Ariella Rain was hospitalized with RSV and bronchitis on October 28. She is on life support at Doernbecher Children’s Hospital.

PORTLAND, Ore. — The family of a 7-month-old hospitalized with a respiratory virus called RSV wants to warn others about the dangers of the virus.

Ariella Rain, who was born prematurely, was taken to the hospital with respiratory syncytial virus and bronchitis on Oct. 28. She is now on life support at Oregon Health and Science University’s Doernbecher Children’s Hospital in Portland.

“She’s just fighting for her life right now,” said Mya Walker, Ariella Rain’s mother. “She was coughing and wheezing and had 102 temperature. Her right lung is significantly strained because of RSV.”

For many people, RSV is a common respiratory virus that causes mild cold-like symptoms such as wheezing, coughing and fever. But it can lead to serious or life-threatening illness for very young people, older adults and people with certain health problems.

Dr. Eliza Hayes Bakken, a pediatrician at OHSU, said they have seen an increase in RSV cases. She said the virus has been spreading more quickly, in part, because there aren’t as many people wearing face masks or social distancing.

“I didn’t see cases of RSV until the late winter last year [and] early spring, and I’ve already had patients hospitalized already with RSV this season, so it definitely is unusual in its timing,” Bakken said.

In very young infants with RSV, the only symptoms may be irritability, decreased activity and breathing difficulties. RSV can be extremely serious for people those with weakened immune systems, including premature babies like Ariella.

“It’s just so heartbreaking to see your child happy one day and then the next day, she’s just lying there on the bed. I feel so hopeless for her,” Walker said.

Walker now wants other families to be extra cautious as we head into winter.

“It’s really serious. It can be deadly. I really want to let families know to pay attention to their child’s behavior,” she said.

The Walker family has set up a GoFundMe to help them pay for medical expenses and bills.