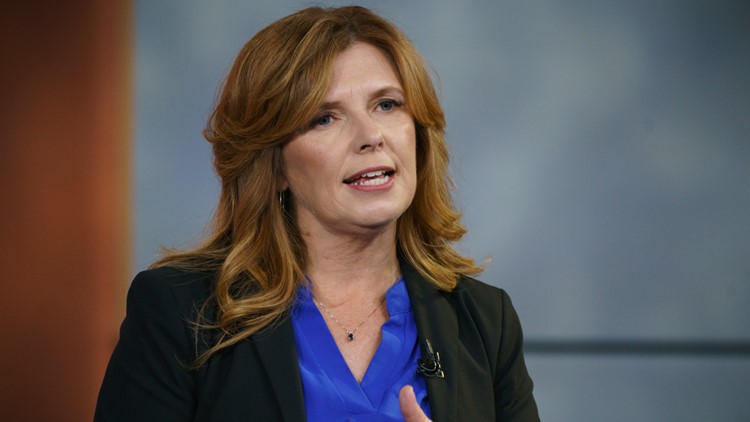 In a statement issued Friday, Republican Christine Drazan said that “the math for a comeback simply does not add up.”

PORTLAND, Ore. — Republican candidate for governor Christine Drazan issued a statement on Friday, conceding the race to Democrat Tina Kotek after a three-way race that was widely seen as Republicans’ best chance of claiming the office of Oregon’s chief executive in decades.

Kotek has been the projected winner in the race since Wednesday morning, when both The Oregonian and OPB called it in her favor. By the end of the day, Kotek had all but declared victory.

On Thursday, Kotek held a press conference to discuss her plans for the governor’s office, and by that afternoon the Associated Press had joined local outlets in calling the race for her.

As some counties continued to count thousands of ballots — primarily from counties where the Democratic candidate was favored — Kotek’s lead only grew. But Drazan’s campaign did not concede, saying they were awaiting “additional clarity regarding the final outcome of this race.”

RELATED: History made in governors’ races as record number of women elected

It wasn’t until Friday afternoon that Drazan’s campaign issued a public text and video statement acknowledging their loss:

“I want to express my deepest gratitude to all those who supported me and put their trust in our campaign. I also want to assure Oregonians that every vote will be counted and that their voices were heard in this election.

“Unfortunately, given what we know about the ballots outstanding, the math for a comeback simply does not add up. Though the campaign for Governor of Oregon has come to an end, I am immensely grateful for all the Oregonians who joined our movement to take our state in a new direction. A majority of Oregonians supported a candidate that did not win.

“This is a unique moment in Oregon’s history and an extraordinary opportunity for leadership that recognizes the dynamics of this race that call for moderation and inclusivity moving forward. I have spoken with Tina Kotek and hope for the best for our state as she steps into this role.”

Drazan’s video clarified the statement about a majority of Oregonians voting for someone who did not win, acknowledging that this resulted from the three-way race with Kotek and unaffiliated candidate Betsy Johnson, and would have been the case no matter which of the three women won.

“This is a moment for us to come together and to recognize that our differences do not have to divide us,” Drazan said. “That we can work together for a better future across our state, regardless of party affiliation and regardless of majority power.”

Kotek made similarly conciliatory statements during her speech in Portland on Thursday morning.

“I promise to be a governor for all of Oregon … I ask my fellow Oregonians no matter who you voted for or even whether you voted at all to believe in our state and out future so we can all solve problems together,” Kotek said.