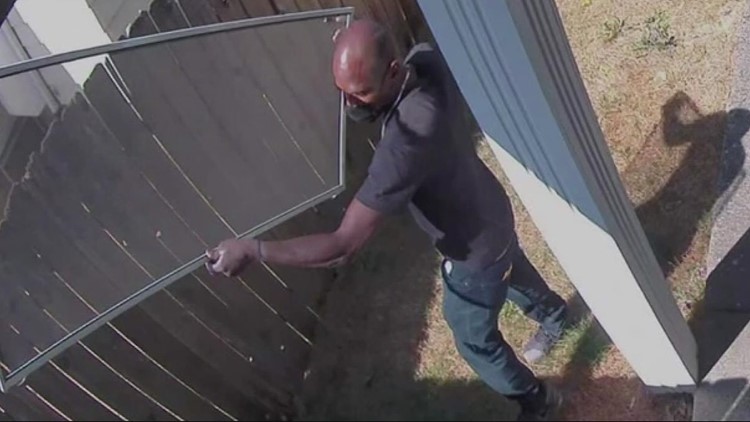 Neighbors in Southeast Portland’s Richmond neighborhood say the same man has been burglarizing several of their homes since June.

“It’s the same guy over and over again,” said one victim named Akila, who asked that we not share her last name.

Akila lives on Southeast Franklin Court off Cesar E. Chavez Boulevard. She said on Sept. 17 around 2:30 a.m., the burglar broke into her home while she was sleeping. She said he stole several purses, a backpack and a house robe.

“It is a scary incident,” Akila said. “It still rattled me completely for a few days and the worst part is he came back again on Wednesday.

“My dog alerted me right away that there was some weird noise happening,” Akila said. “So I saw the camera and I saw him right there.”

Akila said since June, several of her neighbors have reported the same man breaking into or attempting to break into their homes or cars. She said the break-ins began around the same time a homeless camp developed nearby, which she finds troubling. Neighbors have shared surveillance images of the suspect with each other and police.

“It’s well-known,” Akila said. “We have so many shots of him; he wears the same clothes, basically tall socks and shorts.”

Akila said in some cases, including one of her own break-ins, the crook got in through an open door. She wants others, especially those who live near her, to know they can’t take their safety for granted.

“He’s an opportunist,” Akila said. “I want folks to be more vigilant. Don’t leave anything unlocked, don’t leave your keys hidden under the mat.”

VIDEO: Burglar explains how he breaks into homes