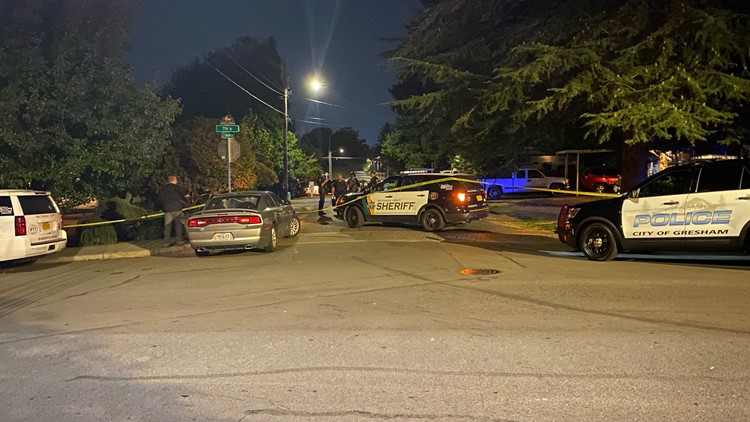 Danny Dee Barber, 67, was found shot and killed in the backyard of a home on Tuesday. The suspect, Anthony Tibbits, 41, was arrested.

FAIRVIEW, Ore — The Multnomah County Sheriff’s Office released the name of a man who was shot and killed at a house in Fairview Tuesday night.

He is identified as 67-year-old Danny Dee Barber. Deputies arrested the suspect, 41-year-old Anthony Tibbits, when he tried to re-enter the home where the shooting happened.

Tibbits was booked into the Multnomah County Jail and faces a charge of second-degree murder.

The shooting happened around 7 p.m. at a home on Lincoln Street between 5th Street and 7th Street. When deputies arrived, they found Barber in the backyard who had been shot and killed. They set up a perimeter around the home and told residents of the neighborhood to shelter in place.

Deputies were told there was a woman inside the home with “mobility issues” who needed help getting out of the home. They were also told the suspect had weapons in the residence, so SWAT was called out to search the home. Gresham police launched a drone to provide aerial support and lighting. The woman was found, unhurt, in the basement and helped out of the home.

SWAT performed a room-by-room search of the home but didn’t find the suspect or anyone else inside. Following the search, the shelter-in-place order for the neighborhood was lifted around 10 p.m.

Almost eight hours later, around 5:30 a.m. Wednesday, Tibbits tried to re-enter the home and was arrested.

The sheriff’s office has not released further details about what led up to the fatal shooting.

Deputies have arrested last night’s shooting suspect in Fairview. He attempted to re-enter the home where the shooting occurred, while the investigation was still active. His identity will be released later this morning. pic.twitter.com/Qaz6pMO6OK