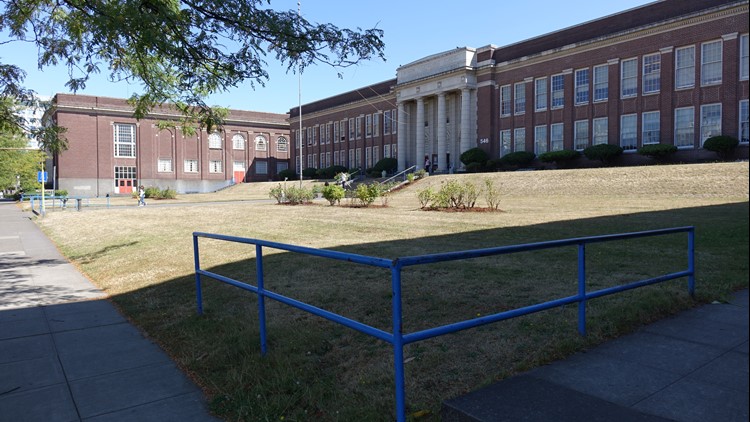 PORTLAND, Ore. — Several environmental groups are raising concerns that Portland Public Schools’ actions don’t line up with the promises it made in a sweeping climate policy adopted by the district earlier this year.

In a letter sent last month, more than a dozen groups and individuals called for construction on Benson Polytechnic High School to be halted after it came to light that the remodel included a new natural gas heating system.

The district’s Climate Crisis Response Policy, adopted in March, says all new construction would not include fossil fuel infrastructure.

“It was just passed in March of ‘22 and within months they are in violation of the policy,” said Mike Rosen, an environmental advocate and former member of the school board who signed the letter.

Dan Jung, chief operating officer for the district, disputes that assertion. The design for Benson was finalized before the climate policy was adopted, he said.

“Benson and Lincoln were two projects that, when this was adopted, they were already designed, they already had building permits, they were already in construction,” Jung said. “Therefore, that standard did not apply to those projects.”

The concerns over Benson’s heating system were first reported by the Portland Mercury.

The letter to the district made a number of demands, including stopping construction so the district could perform a cost-benefit analysis to weigh whether it was worth changing their plans now. Jung said an all-electric system was considered early in the design process for Benson, but it was deemed too costly, given the building’s age.

RELATED: With school out for summer, construction projects get going at Oregon school districts

Switching to an all-electric system now, Jung said, would add an additional $6-$8 million to the project’s more than $300 million budget. Designers would have to create a new design, pull new permits and stop construction in the meantime, he said.

While Benson has been under construction, most students have been attending school across town at Marshall High School in Southeast Portland. Jung said the switch would also delay their return to Benson by as much as two years.

Rosen acknowledged it was unlikely the district would switch gears on Benson given how far along they are in construction, but he worries that, when future projects run into budget challenges, climate-friendly projects could be the first on the chopping block. That will become especially crucial, Rosen said, as the district works toward aggressive cuts in greenhouse emissions, aiming to cut emissions in half by 2030 and to net-zero by 2040.

“Reaching net-zero for the whole district by 2040 is a very heavy lift,” he said. “They are going to hit other bumps in the road in the future. The question is how they’re going to handle it.”

A remodel of Jefferson High School is the next large construction project on the district’s list, and Jung said an all-electric system has already been incorporated into the design.