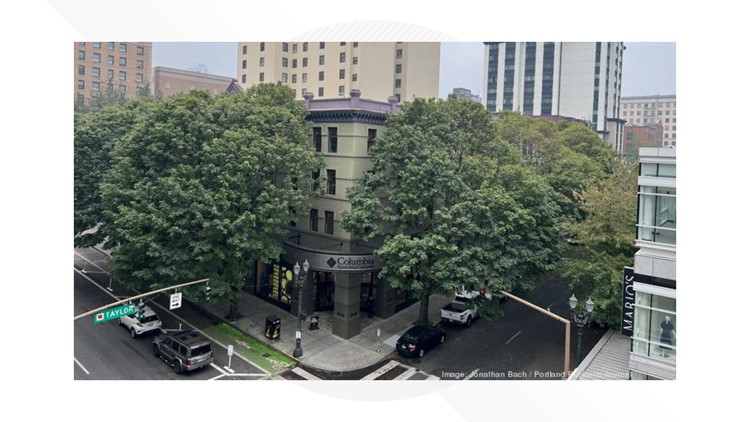 Columbia will relocate to Washington County in what the company is calling a consolidation effort.

PORTLAND, Ore. — Columbia Sportswear Co. is removing its Sorel headquarters from downtown Portland, relocating the relatively new office to Washington County in what the company called a consolidation effort.

The footwear brand’s new office will occupy 24,000 square feet in a building on Columbia’s Washington County campus, a boost from the 15,000 square feet Sorel takes up on Southwest Broadway, according to company officials. Move-in is scheduled for early 2023.

The move marks an about face from 2016, when Columbia (Nasdaq: COLM) CEO Tim Boyle announced with much fanfare that Sorel would move downtown from Washington County, a move that would bring 45 workers into the urban core from Washington County. Portland Mayor Ted Wheeler and Sorel Brand President Mark Nenow joined Boyle at the relocation reveal. At the time, Nenow said Sorel’s downtown move would help draw workers who found suburbs an unattractive place to work.

Sorel ended up in the same building as Columbia’s flagship store at 911 S.W. Broadway, which the footwear and apparel company owns.

Things soured somewhat after the office’s May 1, 2017 opening. Boyle penned an opinion column in the Oregonian/OregonLive, published that November, arguing that the brand’s downtown move may have been a mistake, saying he was “so concerned” for employee safety that he was taking 90 days to rethink the move.

“Our celebration of our new offices ended swiftly. We were immediately receiving reports from employees that they were being hassled, harassed and threatened by individuals near our office,” Boyle wrote in the opinion piece.

Ninety days came and went, and the office stayed. But that was 2017. Now, a broader pandemic exodus from Portland casts the Sorel move in a different light, even as the city is drawing in footwear and apparel companies such as Fila USA and Allbirds.

“This is about growth,” Columbia spokesperson Mary Ellen Glynn said when asked about safety concerns or other considerations behind the move. The company has purchased three buildings on Northwest Science Park Drive in Washington County and is trying to consolidate at the campus, she said.

Columbia has said Sorel will be its fastest-growing component, with a compound annual growth rate of 20% to 22% in the coming three years. Sorel reported impressive growth in recent quarters, and Boyle recently said it was the “next footwear force” at an investor day presentation.

Boyle reiterated that stance on Tuesday in a statement, calling it “a rapidly growing female-first brand creating exciting and differentiated products from sandals to wedges to sneakers to boots.”

Nenow noted: “This is an exciting and indicative moment for our brand.”

Columbia bought Sorel in 2000 and launched its Sorel division the following year. Columbia is second only to Nike (NYSE: NKE) as one of the largest footwear and apparel companies in Oregon and southwest Washington, with 2,500 area employees, according to Business Journal research. It logged more than $3 billion in revenue in 2021.

OTHER STORIES: Nike focuses on sustainable sportswear with new line