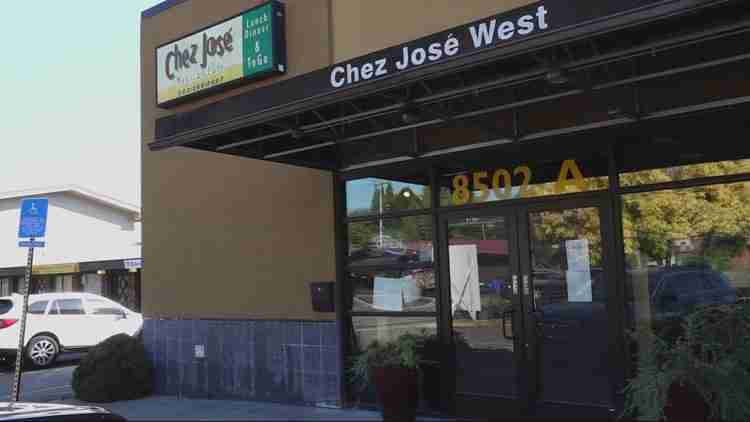 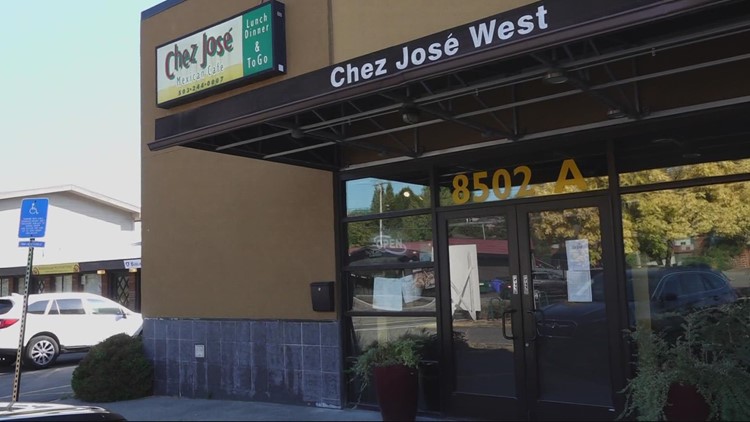 The previous owner closed the business of 35 years this October before the restaurant was resurrected.

PORTLAND, Ore. — The sign on the front door of Chez José says it all.

The restaurant on Terwilliger Boulevard in the Burlingame neighborhood is reopening soon.

Chez José closed in October after 35 years in business. At the time, the owners said the difficult decision to close was influence by a handful of things: retirement, staffing challenges and the business impacts of the COVID-19 pandemic. They said they kept the restaurant open as long as they could.

“We survived a lot longer than other people and I think it’s because of our customer base and our employees,” said co-owner Tom Midrano.

In late September, when Midrano and the other co-owner, Howie Schechter, spoke to KGW about the restaurant closing, they said they’d love to sell the restaurant to someone who could keep it going, but there had been no interest at that time. That quickly changed.

Mark Byrum and his wife own Urban Restaurant Group. They have a dozen locations in Metro Portland and Eugene. When they heard the restaurant was closing, they decided adding Chez José to their group would be special.

“It’s one of our favorite restaurants in the entire city of Portland,” Byrum said. “My wife and I started dining here in 1994. We lived down the street, we would come here two to three times a week, and when we moved, once or twice a month. There are servers that work here that know our children who are now in their 20s all the way through the progression.”

The plan is to keep Chez José the same.

Byrum plans to bring back as much of the staff as possible. He also has the recipes that were so popular.

The new owner says on the restaurant’s website that the doors are expected to reopen in mid-December.