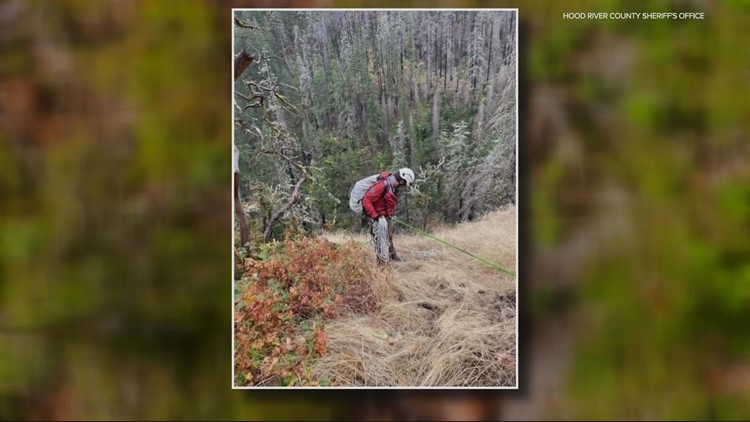 Nicholas Wells was reported missing on Oct. 21 after he didn’t return home following a run on the Pacific Crest Trail.

Nicholas Wells, 33, was reported missing by his wife on Oct. 21 after he didn’t return home following a run on the Pacific Crest Trail, the Hood River County Sheriff’s Office said.

The search for Wells started Friday evening. Wells was in contact with his wife on and off throughout the day, and at one point, had lost the trail. His wife became worried when he didn’t respond to her calls and texts.

The sheriff’s office said it obtained cell phone location data through an emergency request with the cell carrier. Due to the terrain, the cell phone tower data was unable to narrow down the search location.

Multiple teams with the Hood River Crag Rats and Pacific Northwest Search and Rescue searched the Pacific Crest and Ruckel Creek trails and found no sign of Wells.

The search effort continued the morning of Oct. 22 with additional personnel from Portland Mountain Rescue and Clackamas Search and Rescue. An airplane with the sheriff’s office and a Blackhawk helicopter from the Oregon Air National Guard also performed an air search.

Wells’ family provided new cell phone location information in the late evening. Search teams found his body at the bottom of an 80-foot cliff about one mile away from the freeway.

His remains were recovered on Oct. 23.

“Our hearts go out to the family of Nick Wells, and on their behalf we ask for privacy as they grieve their tragic loss,” said the Hood River County Sheriff’s Office in a statement.