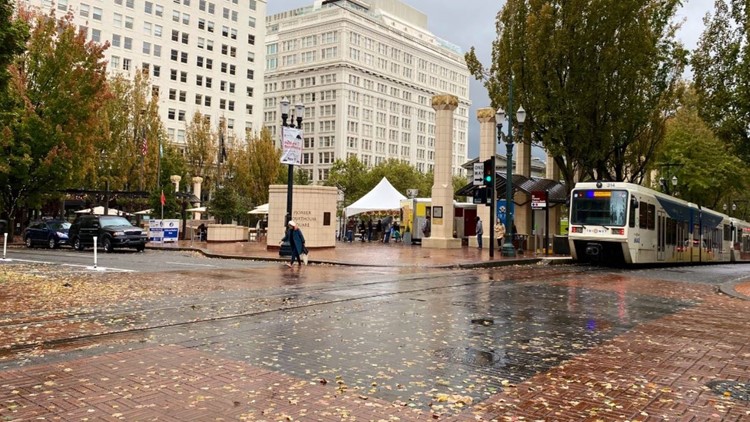 PORTLAND, Ore. — Empty buildings and for lease signs are on nearly every corner of downtown Portland. Some describe it as a slow deterioration, one of the many side effects of the city’s homeless crisis.

“It’s going to be a very long process to recover from this,” said Todd Gooding who runs Scanlan Kemper Bard Companies, which owns five commercial buildings downtown. In recent months they’ve lost tenants and are now in the process of selling two buildings all due to safety concerns relating to the homeless crisis. “We’ve had multiple assaults,” he explained. “Basically, from Pioneer Square north it’s pretty rough still.”

It includes banning camping over an 18-month period and building three, giant homeless campuses instead. It calls for 20,000 affordable housing units by 2033 and changes to city protocols so those experiencing homelessness can easily access addiction and mental health services and get jobs.

“I think it’s a step in the right direction. I hope it goes all the way and outlaws camping on the streets,” Gooding said.

Columbia Sportswear, who’s headquarters are in Portland, has also been negatively impacted by this crisis.

“I live in Portland. I like Portland. I’d love it to be back to where it was,” said Tim Boyle, the company’s president and CEO. He’s now moving the Sorel show and clothing division out of downtown and into Washington County, in part because of the housing crisis.

“We’re trying to attract people to come to work for the company and Portland was a net positive in many, many ways for years. It’s now a net negative…I’m anxious to see some action, there’s been lots of discussion on the topic,” he said. “Most of these issues are a result of a lack of funding. This is not the case here. There is an enormous amount of money available for this topic and we haven’t seen any action.”

On Monday, Mayor Wheeler was in Los Angeles to see how they handle homelessness and on Wednesday, he will present his plan to city council. That meeting is open to the public after registration.