Business leaders weigh in on the state of downtown Portland, economic recovery 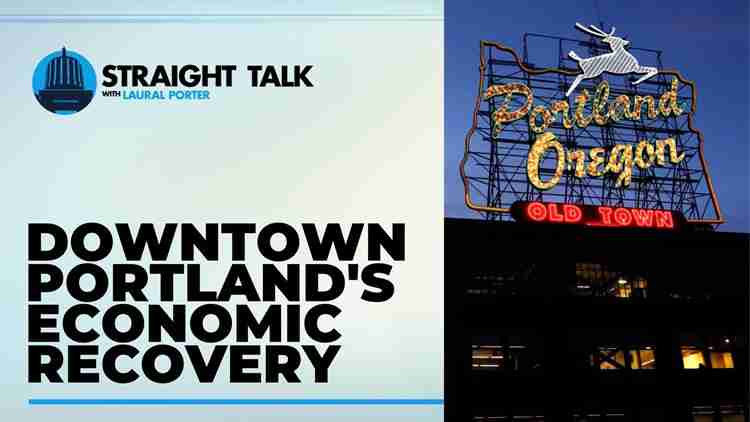 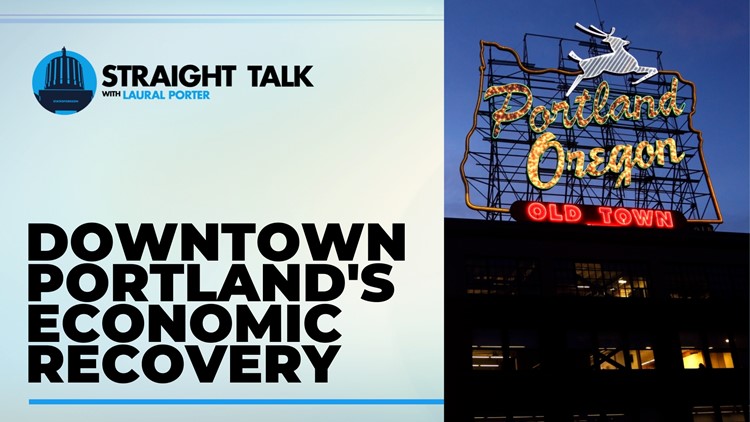 Economic recovery has been slower in Portland than other cities across the U.S. Business leaders say there are positive trends but it’s a work in progress.

PORTLAND, Ore. — It’s been nearly three years since the start of the COVID-19 pandemic and downtown Portland is still trying to recover. From the issue of homelessness, to crime and rising gun violence, to business shutdowns early on in the pandemic and office vacancies — Portland continues to face a myriad of difficult challenges.

Economic recovery has been slower than other cities across the U.S., but business leaders say there are positive trends and acknowledge it’s a work in progress that won’t happen overnight.

In this week’s episode of Straight Talk, Laural Porter spoke with leaders from the Portland Business Alliance, Prosper Portland and Travel Portland about the state of the city and its future. The leaders said progress has been made to entice tourists back to the city and bring back employees to downtown, but there’s still work to do.

“We’re moving in the right direction, but I will admit … the recovery is a little bit slower than it is in other markets,” said Megan Conway with Travel Portland, a private, not-for-profit marketing and management organization.

Conway said visitor spending in the city took a major drop in 2020 as a result of the pandemic, but it’s starting to climb back up with growth over 72% from 2020 to 2021.

“We want to continue climbing and the work is still there to be done in order to have people understand we’re a viable destination for them to come visit,” Conway said.

RELATED: Downtown Portland ranks at bottom among US cities in pandemic recovery

When it comes to the number of visitors staying in downtown Portland, the data shows a similar pattern. The number of booked hotel rooms in the city between January and October 2020 took a big dip at the start of the pandemic. A year prior to that, occupancy numbers were at the peak of the industry in 2019.

Conway noted that there were 10,000 hotel rooms available in 2019, and an additional 2,000 hotels rooms opened during the pandemic.

The graph below shows hotel occupancy rates starting to make a significant increase in 2022.

“So you just look at the nexus and the success of our governments being financed to provide critical services, it’s so dependent on the success of the hospitality industry,” said Hoan.

Another key to economic recovery and success, the leaders said, is filling vacant office buildings. Kimberly Branam with Prosper Portland said there are signs of progress, as a number of big businesses have either moved into the central part of the city, have expanded or have renewed their leases. However, Branam said a vacancy rate of 26% in downtown Portland poses a major challenge.

“This is going to take creative solutions like thinking about increasing the amount of housing that is invested in, in our central core,” Branam said. “It means potentially thinking about how we’re retaining and recruiting businesses. Whether that’s incentives or the like, we really need to be creative because 26% percent, we haven’t had that number in anybody’s lasting memory.”

Straight Talk is also available as a podcast.