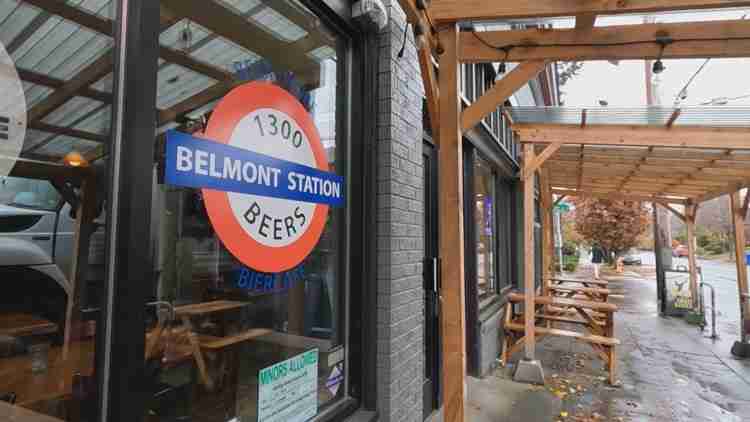 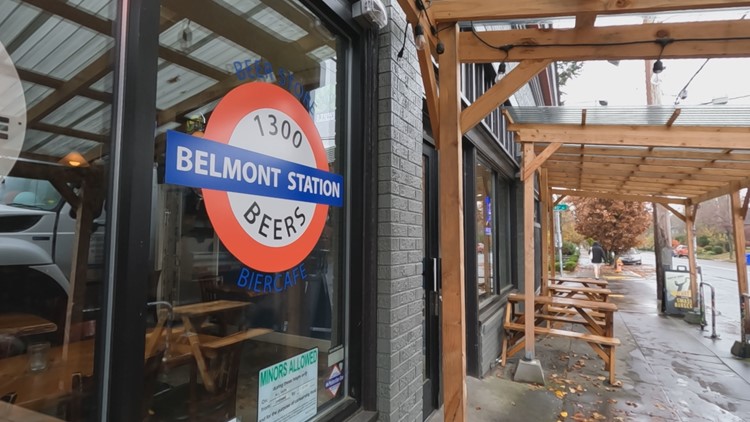 Belmont Station is releasing its first ever beer advent calendar. $125 will get you 24 staff-selected brews to enjoy.

“We have roughly over 1,500 different bottles and cans…ciders, meads, wines, beers, anything. If it comes to Oregon, we can get it,” said General Manager Ryan Fosbinder.

If Santa Claus was a brewmaster, his workshop might look like this oasis of beer from Oregon and beyond.

“The best thing about being in the beer industry is just being humbled and like listening to people around you. Because everybody’s knows something different, and it’s awesome,” Fosbinder said.

Fosbinder loves talking about beer. The staff at Belmont Station is putting their knowledge to good use this holiday season and has a fun way to share it the community.

Fosbinder and Purchasing Manager Sean Lewallen have made a list and are checking it twice. They’re packaging 24 specific cans selected by staff to create Belmont Station’s first ever Beer Advent Calendar.

Belgian styles, winter beers, stouts, pilsners, ciders. A total of 24 beers in a case, 24 days of Advent? How convenient! The assorted brews are mostly from Oregon and all available individually at the bottle shop.

“You can drink him in any order you want,” Fosbinder said. “Every box does come with a really nice printout of everybody’s picks on there and kind of gives a little thank you to everybody who purchased one and we throw in a little extra gift in there.”

“It’s not a standard price across the board for any beer,” said Fosbinder. “So you kind of get some deals in there that maybe are a little spendier…it’s a great box.”