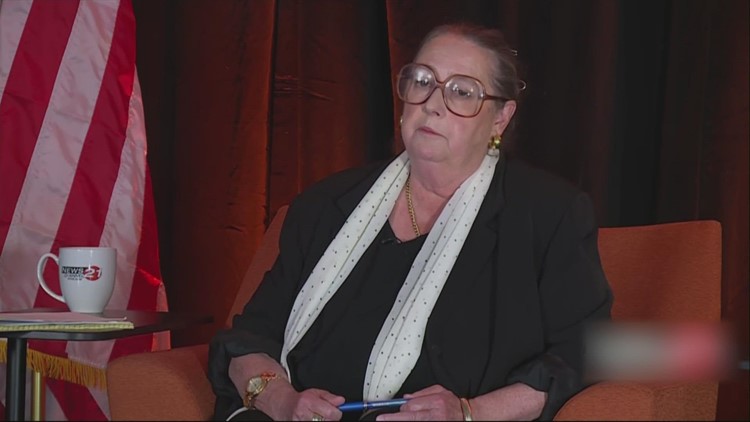 There is pushback from the political arm of Planned Parenthood over comments made by candidate Betsy Johnson at Tuesday night’s debate in Bend.

BEND, Ore. — There is pushback from the political arm of Planned Parenthood over comments made by candidate Betsy Johnson at a Tuesday night gubernatorial debate in Bend.

The comments had to do with whether Johnson, who is running as an unaffiliated candidate, was invited to compete for Planned Parenthood’s endorsement.

The Planned Parenthood PAC of Oregon came out strong right after the debate, calling Johnson out. The organization also said her record is not perfect on the issue of reproductive rights.

There were questions on a variety of issues, from gun control to public schools performance.

They also took on homelessness, and each candidate had plenty to say.

“We need to expand access to mental and behavioral health support, and certainly with substantial effort for shelter space recently. But with that, you have to hold people to account,” said Drazan.

“There is a mental health crisis, we need to deploy people that are trained in helping folks dealing with mental health crisis and at some point we’re going to have to recognize that mentally ill and drug addicted people do not make good personal choices for themselves,” said Johnson.

“I believe that cities should have health and safety reasons for restricting where people can be living outside, and you know what, no one should be living outside in Oregon. Its inhumane and we have to do more,” said Kotek.

When it came to abortion rights, Drazan said she is firmly anti-abortion and wants change but would follow state law, even if she doesn’t like it.

“I believe that Oregon is one of the most extreme states in the nation for our abortion laws,” said Drazan.

“I don’t believe our laws are extreme here like Rep. Drazan says. I think they are in line with where Oregon values are.”

As for Johnson, she said she is “unapologetically pro-choice” but didn’t get to compete for the Planned Parenthood endorsement.

To that, Planned Parenthood cried foul.

“Betsy Johnson essentially lied to voters last night. She was invited to participate in Planned Parenthood Oregon’s PAC endorsement process nine months ago and she ignored that invitation,” said communications director Jimmy Radosta, who added, “As a seasoned politician like Betsy Johnson should know there is one endorsement process for governor.”

Nine months ago was during the primary race, before she was a candidate, Johnson said.

“They failed to contact our campaign about an endorsement process for the general election, once she was a candidate. They are misrepresenting their process, which was neither rigorous nor comprehensive and did not invite all candidates who champion reproductive rights,” Johnson’s campaign wrote to KGW.

Planned Parenthood Oregon PAC said even if Johnson had applied, it sees several reasons to not endorse her, including some votes against abortion rights-related issues and backing from someone they called an “anti-abortion extremist.”