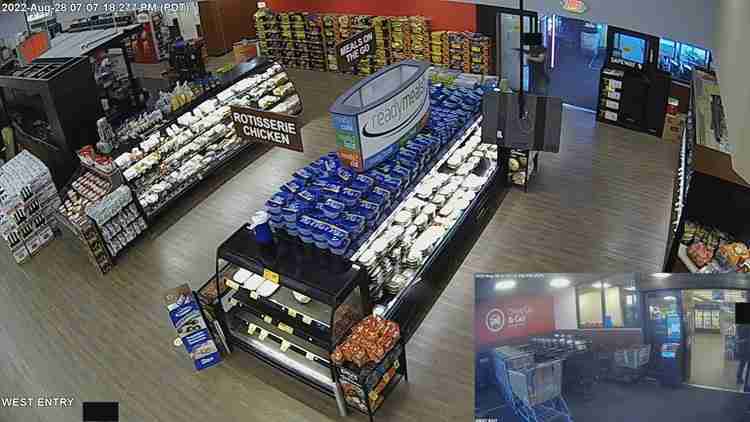 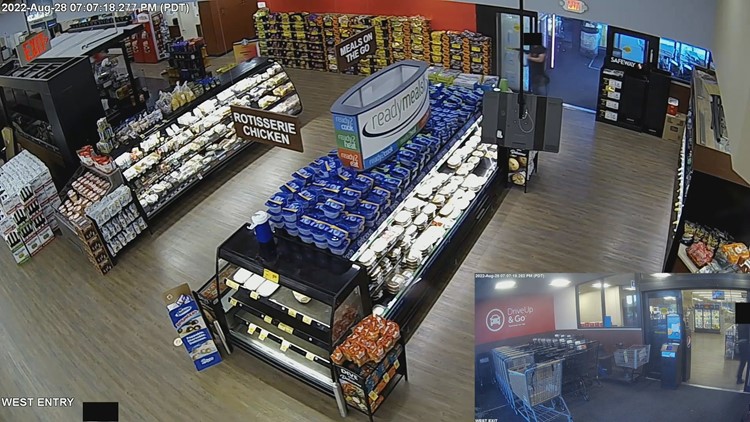 Bend police said in a statement that the video and report were released Thursday because the investigation into the August shooting is now closed.

BEND, Ore. — Months after a shooting at a Safeway in Bend where a man opened fire and killed two people, police have released a more detailed report and video timeline of what happened that day.

The shooting happened Aug. 28 at the Forum Shopping Center Safeway in Bend. Bend police said in a statement that the video and report were released Thursday because the investigation is now closed and the agency has received multiple public records requests for the material.

The investigation demonstrated that no one else but the gunman was involved, according to the agency.

The video itself is compiled from a number of security cameras, showing the shooter’s path to the store and what happened once he got inside. The video has been edited to obscure the faces of people involved, as well as graphic depictions of violence. Bend police said they provided advance notice to Safeway management and the victims’ families to make sure that they were aware before the video was released.

KGW has decided not to show the full video, and will instead use several still images and the Bend police report to describe what transpired.

All told, the video is about five minutes long and begins when the 20-year-old gunman is seen leaving his apartment on a neighbor’s doorbell camera. The apartment complex is just across the street from the Forum Shopping Center where Safeway is located.

The man is visibly armed with an AR-15-style rifle and a shotgun, and police said that he begins shooting almost immediately.

He walks from the apartment complex through a parking lot, then shoots into a nearby Big Lots store as people rush to take cover. The gunman continues walking past that store and into Safeway, where he begins shooting at customers as he walks in.

The gunfire hit 84-year-old Glenn Edward Bennett, a Korean war veteran who was in the store that day as a customer. According to earlier police statements, two Safeway shoppers rushed to pull him out of the building where medics tried to save him, but he did not survive.

The gunman then moves toward the rear of the store and makes his way to the produce department.

On Safeway’s security cameras, a store employee is seen ducking behind a produce display as the gunman approaches, and then jumps out to attack the shooter as he walks by. The employee was shot and killed. He was identified as 66-year-old Donald Ray Surrett Jr., a U.S. Army veteran.

Seconds later, two Bend police officers can be seen entering the store as the gunman moves through the produce section at the back corner of the store, where he takes his own life.

After on-duty officers’ initial response to the scene, Bend police said, law enforcement officers from at least seven other agencies responded, as well as about 30 off-duty members of the Bend Police Department.

“Those responding units assisted with everything from evidence collection and investigation to scene security, witness interviews, non-related patrol calls and response to additional reports of threats to the community in the aftermath of the Safeway shooting, all of which were ultimately unfounded,” the agency said. “We are thankful to our neighboring agencies for assisting the Bend Police Department on this case.”

Law enforcement interviewed or contacted more than 80 people, between the witnesses and other people connected to the shooting. Bend police said that there were at least 173 pieces of evidence, 90 videos and sets of photos.

A Community Assistance Center is available to provide support to anyone struggling in the aftermath of the shooting and the newly-released material Friday through Sunday at the Crisis Stabilization Center in Bend.