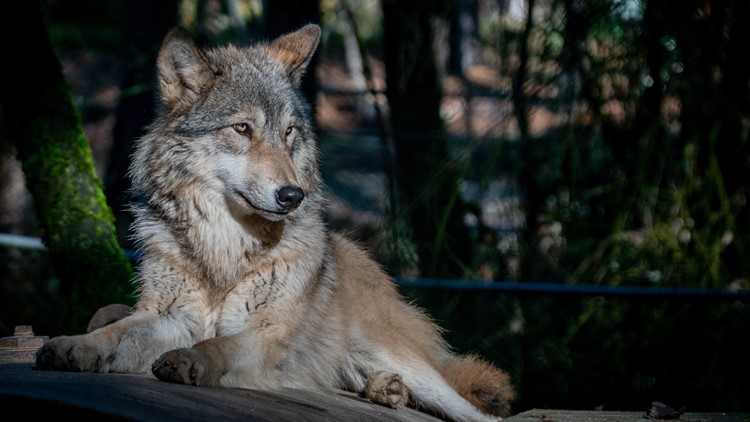 Oregon State Police say a collared female wolf was shot and killed and they are seeking the public’s help to find the person or people responsible.

DURKEE, Ore. — A collared wolf in the Lookout Mountain pack was shot and killed earlier this month in northeast Oregon and police are seeking the public’s help to find the person or people responsible.

On Oct. 3, state Fish and Wildlife troopers received information from the agency that a collared female wolf known as OR88 might be dead in northeast Oregon near Little Lookout Mountain, about 9 miles (14 kilometers) from Durkee, Oregon State Police said Wednesday.

Fish and Wildlife troopers and personnel responded to the area and found the wolf’s body on Bureau of Land Management property. Troopers believe the wolf was shot at the location on Oct. 2.

The Oregon Wildlife Coalition and conservation partners are offering to pay an $11,500 reward that leads troopers to an arrest and/or citation in this incident, police said.

In Oregon last year, wildlife troopers found eight dead wolves in same region. The animals were poisoned, but the deaths remain unsolved, and rewards also have been offered for tips leading to convictions.

Six wolves found dead this year in northeast Washington this year were poisoned, and a reward is also available, officials said last week.

There was a minimum of 206 wolves and 33 packs in Washington state in 2021, according to an annual survey conducted by state and tribal biologists. Idaho had about 1,500 wolves, while Oregon had about 173 at the time.