Another marijuana bust in Southern Oregon takes nearly 9,000 pounds off the street 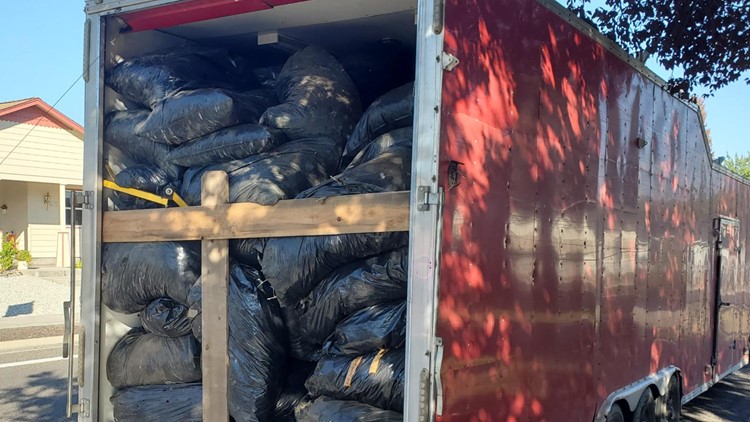 A California man was arrested after police found nearly 9,000 pounds of processed marijuana during a traffic stop in Jackson County.

An Oregon State Police trooper pulled over the driver on State Route 62 near Eagle Point on October 12 around 3:00 p.m.  He consented to a search, which uncovered approximately 350 garbage bags of dried, processed marijuana weighing just shy of 9,000 pounds.

Manuel Plascencia, 30, from Turlock, California was issued criminal citations and released from custody.

Law enforcement in Southern Oregon have been dealing with an overwhelming number of illegal marijuana grows over the past few years.  The problem has gotten so bad that the Jackson County Board of Commissioners declared a state of emergency last fall.

County officials appealed directly to Governor Kate Brown and the Oregon State Legislature, requesting more than $7.2 million to crack down on the number and size of unlicensed cannabis farms in the county.

Jackson County Commissioners also asked the governor to deploy the Oregon National Guard to help with shutting down the illegal grows.

In June, over 12,000 plants and 3,000 pounds of processed marijuana were seized from 32 greenhouses at a rural property in Eagle Point after a search warrant was served.

Last November, police seized about 500,000 pounds of marijuana during a bust near the town of White City, north of Medford.