Alpenrose will move out of Portland after buying another dairy 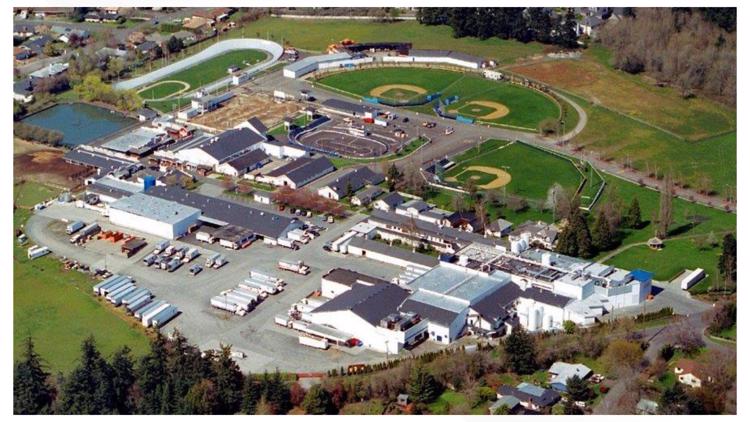 Alpenrose Dairy will move to Clackamas after purchasing Larsen’s Creamery. The relocation frees up a massive piece of prime, developable real estate in SW Portland.

PORTLAND, Ore. — Alpenrose, the dairy with decades of history in southwest Portland, will move to Clackamas after purchasing Larsen’s Creamery.

The relocation frees up a massive piece of prime, developable real estate in an attractive corner of the city.

The Portland dairy has eyed a relocation for more than a year amid plans by various developers to turn its roughly 51-acre property on Southwest Shattuck Road into a housing subdivision. The latest plans advanced to what’s known as a pre-application conference, an early development meeting with city officials, in early October, records show.

Now, Alpenrose said it will shift distribution, production and warehousing to Larsen’s nine-acre Clackamas campus during the second half of 2023. Alpenrose’s purchase of Larsen’s is scheduled to close by the end of the year.

Alpenrose, in business for about a century, sold to Washington-based Smith Brothers Farms in 2019, though the buyer didn’t pick up the southwest Portland land. Some family members of founder Florian Cadonau sued unsuccessfully to stop the company’s sale.

“It has been our intention from day one to find a new home,” Reynolds said in a statement. “Combining with Larsen’s is a fantastic outcome that provides long term opportunity for both employee groups and continuity for our customers.”

Larsen’s is another longtime area business, having been founded in 1927. Owner Andrew Gianopoulos noted, “We wanted to pass Larsen’s on to another local company who shared our core values and would provide a home to our longtime employees.”

The Portland Business Journal is a news partner of KGW. You can read their article and find other business stories here.