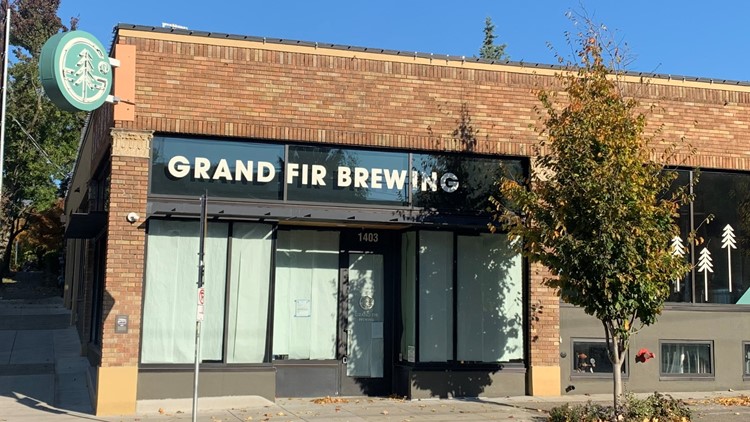 PORTLAND, Ore — A new highly-anticipated brewery will open in Southeast Portland this Friday. Grand Fir Brewing is a perfect pairing of food and beer from a couple that truly knows both.

Acclaimed brewer, Whitney Burnside and her husband, chef Doug Adams, left the run-and-gun big restaurant life full of investors and demands and are taking their marriage into a new venture in Portland’s Buckman neighborhood on Southeast Stark Street.

Burnside has been an award-winning brewmaster at 10 Barrel Brewing’s Portland location for years. Adams is known for being a finalist on Bravo’s Top Chef in 2015. He also previously worked as executive chef at Imperial, which closed in 2020 and was owned by Vitaly Paley, and co-founded the Portland restaurants Bullard Tavern and Holler.

The pandemic made the couple take a closer look at family and priorities.

“It has been a dream of mine since the very beginning to have my own brewery,” said Burnside.

“After the pandemic, I realized I didn’t want to cook food if it wasn’t paired with Whitney’s beers,” said Adams. “Grand Fir Brewing is a total marriage of the beer and the food and the atmosphere of what we’re trying to put down.”

Portland is home to more than 70 breweries. As some new ones have open in recent years, many others have closed, due in part to the pandemic.

This week, Sasquatch Brewing in Northwest Portland shut down production but will keep its restaurant on Southwest Capital Highway open.

In an interview with The Oregonian, co-owner Tom Sims said the business struggled coming back from pandemic shutdowns and dealing with financial pressures from rising costs of ingredients and materials.