50th Portland Marathon: Traffic to be impacted on downtown bridges 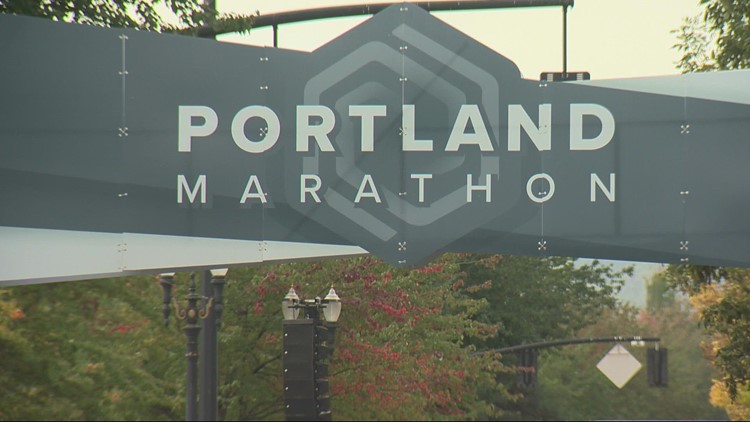 The Portland Marathon is this weekend and traffic delays are expected on downtown streets and bridges.

PORTLAND, Ore. — It is officially race week and local runners are gearing up to take on the annual Portland Marathon presented by OHSU Health on Sunday, Oct. 2. But drivers and public transportation riders may want to avoid some areas as they will be closed to vehicles.

This year runners can expect an entirely new race route from previous years in an effort to include more of Portland’s neighborhoods and create a memorable experience for runners and spectators.

The Portland Marathon and Half Marathon both start at 7:10 Sunday morning, crossing various downtown bridges.

The start and finish line are located in downtown at 1000 SW Naito Parkway near SW Salmon Street. Here is a link to the course map.

Most of the marathon activities are expected to be finished by 2 p.m. However, street and bridge closures along the route may be in effect way past the stated time.

Vehicles will not have access to the streets until the last runner has passed the location and the traffic control devices have been removed.

Broadway Bridge: The bridge will be closed to all motor vehicles, TriMet buses and Portland Streetcar, from 6:30 a.m. to 9 a.m. TriMet’s 17 bus line will detour to the Steel Bridge. Sidewalks are expected to remain open for bicyclists and pedestrians. Drivers are allowed to use the Steel and Fremont bridges during the closure.

Here is a link with more information on Portland Streetcar service changes.

Burnside Bridge: The north sidewalk, bike lane and outside westbound lane of the bridge will remain closed from 7:30 a.m. to 1:30 p.m. TriMet bus routes 12 and 19 detour to Steel Bridge. Bus route 20 detours to Hawthorne Bridge.

Morrison Bridge: The onramp from SW Naito Parkway, the north and south traffic lane and the SE Water ramp of the bridge will remain closed due to construction. The south shared use path on the bridge will be closed from 12 p.m. to 2 p.m.

The lift spans of the Broadway and Burnside bridges will not open for river traffic from 6:30 a.m. to 2 p.m.