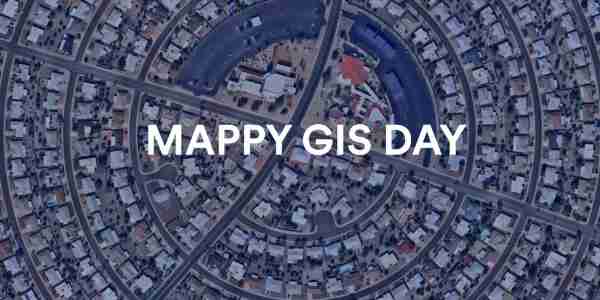 Learn all about how GIS data is being used to better our communities with these real-world examples.

What is GIS? Geospatial Information system technology! Nearmap is spotlighting the ways that this technology can be used to make a real difference in our communities. Here are just a few real-world applications of GIS data from Nearmap customers that are ushering in and inspiring the huge potential of this technology! With GIS data, you can…

Over the past year, 55 people have tragically downed on Australia’s New South Wales coastline.

Surf Life Saving New South Wales (SLS NSW) and its lifeguards and lifesavers do an amazing job of managing the safety of members of the public that visit the 150 beaches throughout the state.

However, a combination of increased population growth – particularly around regional coastal areas – and increased use of the coastline as social media draws people to beautiful yet isolated locations, has increased the use of high risk sites.

For SLS NSW, it has raised the following questions – ‘How can we reduce the risk of drowning and injury?’, and ‘Are we providing services and support at the highest risk times of the year, and day?’

The Coastal Insights: Safer Coasts for the Future project is working answer these questions using GIS data. It aims to reduce the risk of drowning and injury at beaches, shore platforms and coastal waterways throughout NSW through risk analysis models and frameworks and providing insights and recommendations to coastal safety stakeholders.

To do this, it leverages GIS data to identify exposure elements – namely the number of beach and water users; and the vulnerability element, the hazard awareness, behaviors and competence of those groups that use particular sites.

Before using GIS data, personnel would record the number or people on the beach and in the water during patrol times, and therefore, only at patrolled beaches. Over peak summer periods where the primary task is managing the safety of members of the public in the water – collecting this data becomes incredible difficult and subsequently deprioritized.

With high resolution aerial imagery, SLS NSW can identified different types of beach and water users that have different risk profiles associated with them.

Combined with data around hazards of the environment and the vulnerability of beach users, SLS NSW can quantify the risk of drowning and injury at all beaches along the NSW coast.

This informs the provision of lifeguarding services, surf lifesaving services and support operations now and into the future. These insights and recommendations also aid coastal safety stakeholders in their decision making.

Green Top Planning, Development and Research, is using GIS data in wildfire recovery in southern Oregon after the Almeda Fire perimeter tore through the cities of Talent and Phoenix.

The wildfire burned through 3,000 acres in just a matter of hours, ultimately claiming three lives. In all, over 2,600 residential properties were impacted – most of which were destroyed – as were nearly 200 commercial properties.

With GIS data, Green Top Planning is able to:

3 – Create generational change for the safety of road workers

Altus Traffic is one of the largest suppliers of traffic management in Australia, employing around 3,000 staff.

Millions of vehicles pass through its works sites every year, and for the road workers staffing these sites, split seconds can be the difference between life and death. In the last two years, four traffic controllers tragically lost their lives.

To be able to give a road worker an extra three seconds of notice that a vehicle is hurdling towards them could save their life – and Altus Traffic use GIS data to do just that.

There are thousands of sites active daily – each one requiring a traffic plan indicating where every device and sensor that goes out should be placed. Previously, this required driving around cities all over the country, looking at sites, taking photos, sending them back to planners, who would then come up with a plan for treating identified issues.

Altus Traffic uses GIS data to see its thousands of active work sites in a central spot, and collect the data from those sites so they can proactively manage the safety of not only its people, but of its customers and of the members of the public.

Learn more about Nearmap in their RoofersCoffeeShop® Directory or visit www.nearmap.com.