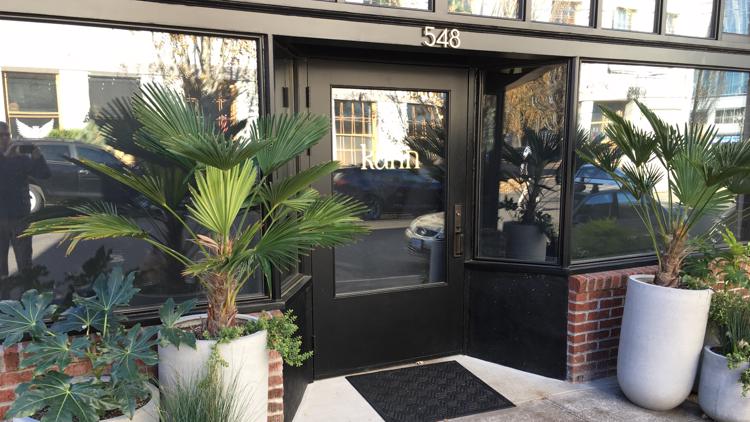 Kann, one of Portland’s newest restaurants, ranked No. 1 on the list. Comedor Lilia filled in the 16th spot out of 40.

PORTLAND, Ore. — Portland’s newest restaurant Kann ranks No. 1 on Esquire’s rankings of the best new restaurants in America out of 40 other restaurants across the nation.

Kann is know for its iconic Haitian dishes and spices while also honoring the seasons and local ingredients of the Pacific Northwest. The restaurant offers a dairy-free and gluten-free, paleo-friendly menu with vegan options.

The Haitian-inspired restaurant previously made the New York Times’ list of 2022’s top 50 restaurants in the country in September, and due to popular demand, is the toughest reservation in town.

One of Portland’s best and most well-known chefs, award-winning author, “Top Chef” contestant and judge Gregory Gourdet is the owner and heart beating behind Kann.

“Landing on Esquire’s Best New list is one of the biggest honors that a restaurant can receive and is a clear testament to the hard work and dedication of the entire Kann team. So many people play a role in making every ingredient, dish, and service possible and I’m honored to work alongside such passionate individuals,” Gourdet said.

“Pacific Northwest cuisine through the lens of a Mexican-American chef” is how the publication describes Comedor Lilia and its chef, Juan Gomez. The restaurant also earned a place on Esquire’s list, holding the 16th spot. The restaurant is part of a unique chain of restaurants under República with Comedor Lilia as the newest addition.

“We’re incredibly excited,” a República representative told KGW. “I think for us this is a culmination of all the things we started building with República a little over two years ago. We wanted to create something that didn’t exist after we built República. We realized what talent we had around us, so much of it that rather than keeping it all in one place, we said let’s just continue building places like this, that display just how brilliant the people that we have working for us are. In this case, chef Juan Gomez was just a gem of a human being, our chef of cuisine for almost 10 months. We felt that it was necessary for him to have his own place.”

The restaurant opened in early October. It was named after the late mother of Chef Gomez, which adds a special touch to the core of Lilia.

“We’re all incredibly overjoyed,” the República representative said. “It’s a very fresh team when you think about Lilia, it’s only 45 days of existence so quite an accomplishment. I don’t know if anyone has done anything like that or we’re just incredibly lucky. We’ll take it. I think when people come in they recognize how special this place is. We knew that the moment we started creating it.”

The talent behind the plates include Gomez, restaurateur Angel Medina and culinary director Olivia Bartruff, all part of the team behind República, categorized by Esquire as “the Mexican tasting-menu spot that’s a pillar of Portland’s dining scene.”

Comedor Lilia serves dishes such as diver scallop aguachile, crispy-edged pork confit — reminiscent of carnitas — served with pillowy pan arabe, and a bowl of esquites in which Indigenous corn is bathed in a Jimmy Nardello pepper-tinged mayo.

These two restaurants are a shining light on the various talents simmering here in Portland and making a tasteful impact nationwide.