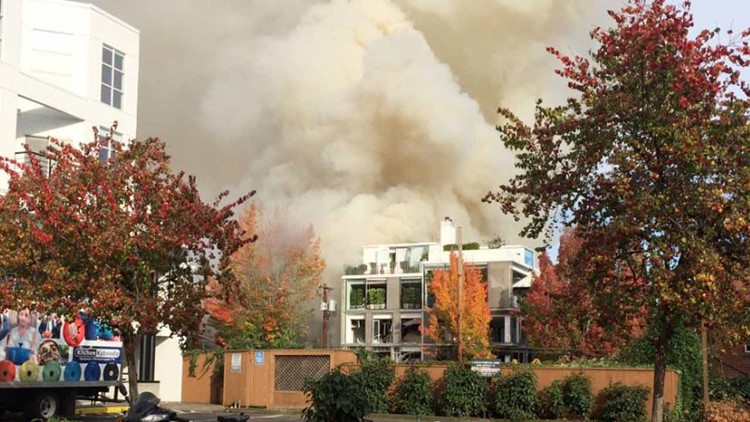 Two people who suffered trauma from the October 2016 blast on Northwest 23rd Avenue were awarded monetary damages by a Multnomah County jury.

PORTLAND, Ore. — A Multnomah County jury has reached a verdict in the 2016 gas explosion that leveled a historic three-story building, gutted another housing a beauty shop, injured several people including first responders and caused more than $17 million dollars in property damage.

On October 13, the jury awarded millions of dollars to two of the people hurt in the explosion on Oct. 19, 2016—$4.3 million went to salon worker Kristen Prentice, and $1.6 million to Eric Rader, an employee of NW Natural who suffered physical and emotional injuries. The two sued Loy Clark Pipeline Company, alleging the explosion was caused by pipeline workers when they ruptured a buried gas line with an excavator while installing a utility box.

“The jury found that the pipeline company was consciously indifferent to the safety of our community,” said Greg Kafoury, one of the plaintiffs’ lawyers.

The jury also assessed punitive damages of $4.6 million to the pipeline company, about 70% of which will be directed to a state crime victims fund under Oregon law.

Nationally recognized pipeline safety expert Walt Kelly testified during trial that the number of mistakes made at this site was “in the top three” of the thousands of jobsites he has reviewed. Those mistakes included failing to follow a safety checklist and that all four workers failed to observe paint markings, indicating a gas line underneath the area they were excavating.

Prentice, a beautician at Dosha, was a half block away when the explosion occurred and about to enter the salon when firefighters notified her of the danger. She has been unable to work for the most part due to the physical and emotional damage, her lawyers said.

Rader is credited with notifying first responders of a reading on his gas meter at a bagel shop that indicated extreme risk. He remains on the job and experiences anxiety when responding to gas leaks, according to the lawyers.

Both have developed post-traumatic stress disorder from the trauma of witnessing the events and suffer from severe inner ear injuries due to the shockwave.

According to The Oregonian, court records show at least ten lawsuits for undisclosed amounts against Loy Clark, including those from a dental hygienist and patient, a nearby worker, Moonstruck Chocolate and Ritual Adornments.

A jury awarded $232,500 to a chiropractor in a trial last year. Two other lawsuits brought by Portland Bagelworks and Art Work Rebels tattoo shop are set for trial next year.